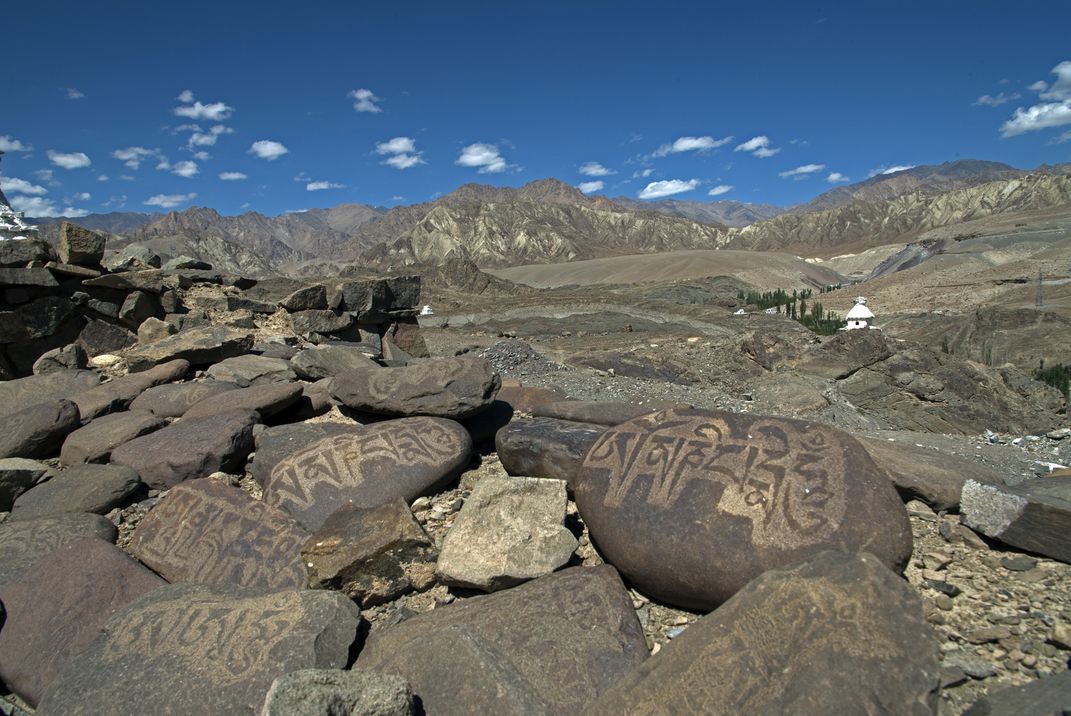 The village of Alchi is situated around 70 kms. from Leh on the left banks of the Indus river. The village Alchi differentiate itself from other villages of Ladakh by being so lush green. The flood plain at Alchi is very fertile and provides good and relatively extensive agricultural land. The main road at both side is covered by the Apricot trees. The Alchi region too received cultural influence from other areas. Alchi had contacts with Buddhism, Islam and Hinduism, however the Alchi’s isolation helped the village and the Gompa to keep their culture and traditions intact. Alchi was also on the main trade route of central Asia. The route along the Indus via Leh was connected to the Chinese Turkestan.