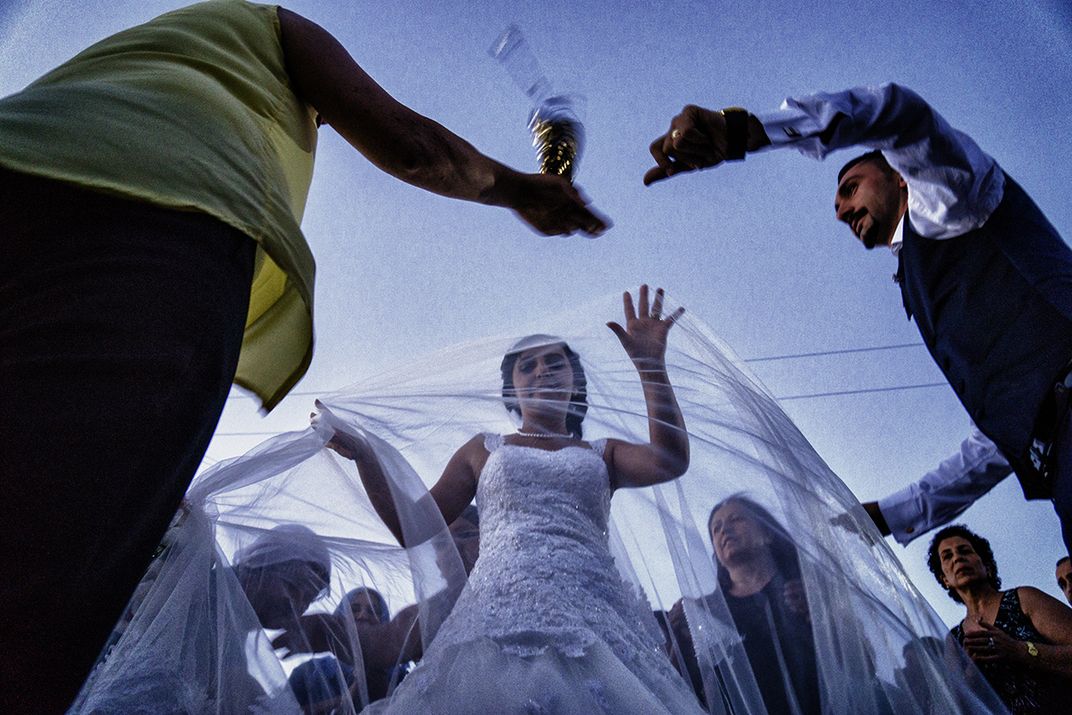 8/6/2014 Tunceli Province, TURKEY. An Alevi woman dances at her wedding. While there's no religious ceremony for the Alevi, a long party is arranged where women and men celebrate together. In this occasion, guests visited the home of the couple, where there was traditional music and food for everyone. Later on, everyone walked to the middle of the village in order to dance. The white gown has become popular with Alevi women the past few years and it isn't a part of their tradition. After Christians and Yazidis, Alevis fear they're next in ISIS's long list of victims. Alevi are Turkey's biggest religious and cultural minority, as they make 10% of the population. Despite they're so big, they're not recognised by the state, while they've been oppressed for centuries by both larger religions and had to hide their religious practices. But Alevis have also to deal with an inside enemy, the country's Prime Minister, Tayyip Erdogan, who views them as terrorists. According to a Turkish police report, last year, while 8 of the 9 people that died during the antigovernment protests died were Alevi.