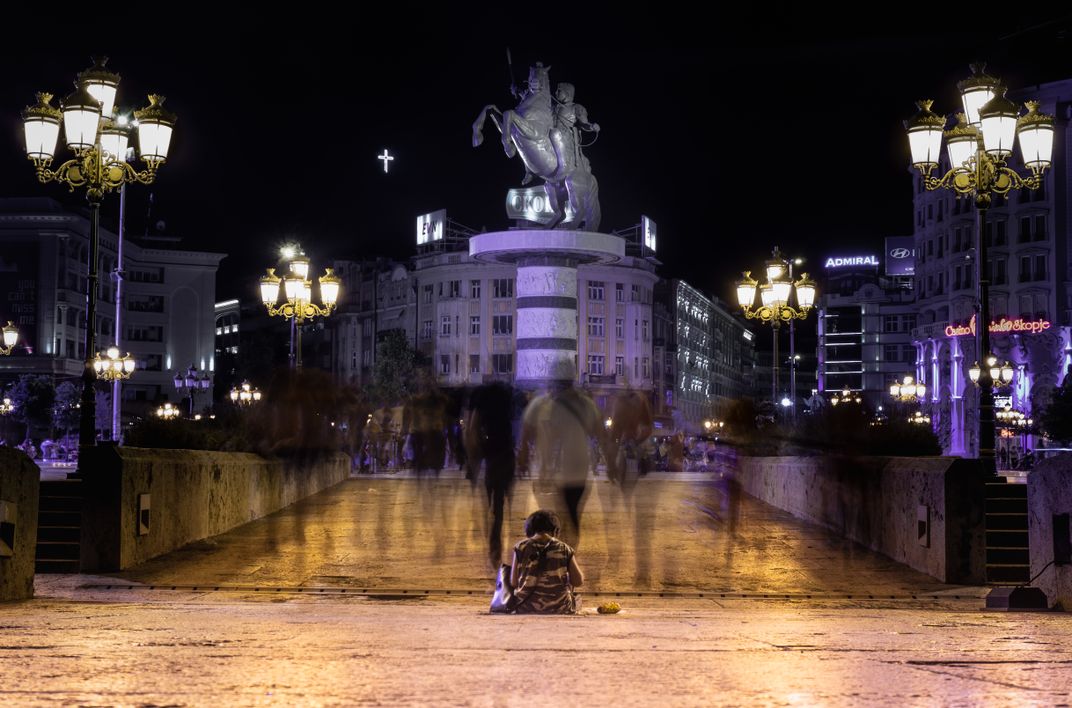 On the picture little boy apx. 6-8 years old asking for money and food sitting in the middle of “Stone bridge” and in a front “Statue of Alexander the Great of Macedon” (local names) while more privileged people are passing by. Both mentioned structures are a part of Skopje 2014 project (Around 20 buildings and over 40 monuments, mostly very megalomaniac planned and actually tripled so far!), politically controversial project as it tried to further impose the narrative of Macedonian history, promoting a Macedonian identity with unbroken continuity from antiquity ( Yes we all look for our identity more/less! It’s nothing wrong ) Although this generated already more than half a bilion euro costs and the new look of Skopje has increased sevenfold from the originally planned. In the country where average monthly salary is about EUR380 after taxes in the Capital city and around EUR250 nation-wide plus the infrastructure outside of this city center and in rural areas still lacks a lot. In the background also visible one of the biggest cross structure in the World (Millenium cross, 66m high)