Home Culture and the Arts Alopecia 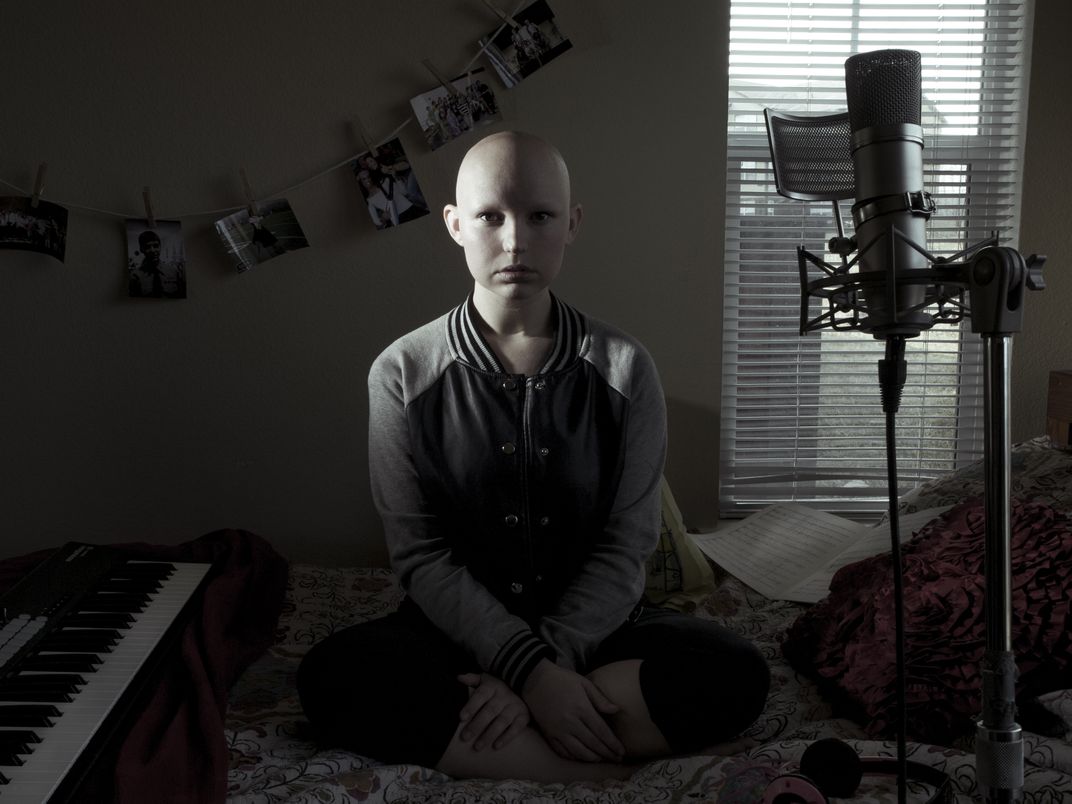 Madelyn Munsell started losing her hair when she was about 18 months old. By the time she was 2, she had been diagnosed with alopecia areata, a condition in which her white blood cells attack her hair cells. She was bullied by classmates in elementary and middle school, and she grappled with self-esteem issues. Munsell reached a low point as a freshman in high school when her dad was on duty in Iraq. But her outlook was changed by a friend’s text message quoting the Bible verse John 16:33: “In this world you will have trouble. But take heart! I have overcome the world.” She altered her attitude and gained self-confidence. “Being different is something that makes you very beautiful,” she says. “It takes a special kind of person to realize that.” She was crowned prom queen her junior year in high school. Now a junior in college, Munsell is a music major and a member of an Opera troupe. She eventually wants to become a music producer and win a Grammy Award.