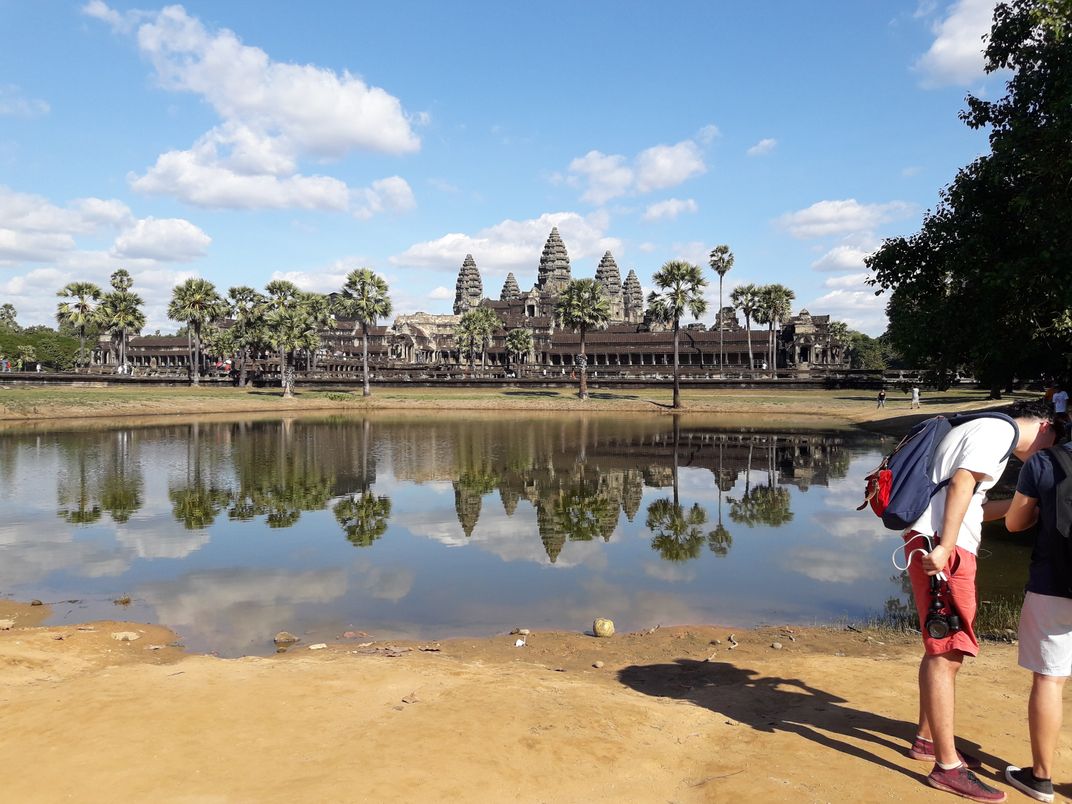 Angkor Wat is a temple complex in Cambodia and is the largest religious monument in the world, on a site measuring 162.6 hectares. Originally constructed as a Hindu temple dedicated to the god Vishnu for the Khmer Empire, it was gradually transformed into a Buddhist temple towards the end of the 12th century. It was an unplanned trip on December 24, 2017. When I had visited hometown, my friends asked me to visit Angkor Wat with them. I replied immediately “Yes!”. We took more three hours from my province (Kampong Thom) to Angkor Wat. I took it by accident when I had visited it. It is a very beautiful reflection of Angkor Wat. I saw it very beautiful, and I had tried so many times to make sure it is fit to the reflection of water. I hope you will love it. Note: To take a beautiful photo is not an easy job. You usually have to try at least 10 times to take it.