Home Mobile Ambling along the coastline 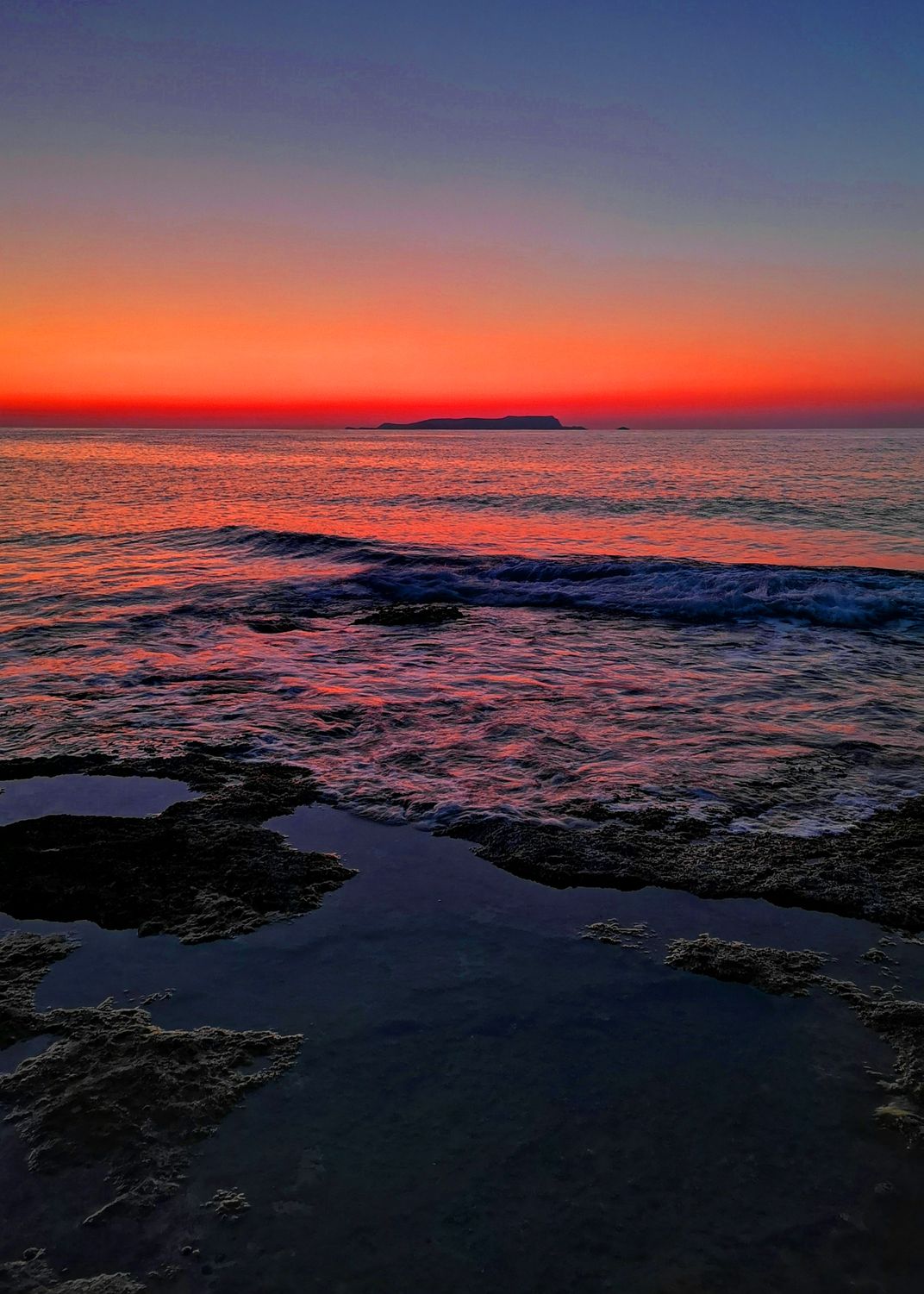 This photograph was taken while I was ambling along the coastline of Hersonissos, located on the island of Crete in Greece. The photograph shows the lovely colours of the sunset and the island of Zeus (Dia), renowned for its outstanding natural beauty. Dia (Greek word for Zeus) was a dragon, as the legend goes, who wanted to attack and destroy Crete. But Zeus (Dias) wanted to protect Crete, as it was his birthplace, and threw some magic pieces of bread (the two small islets on the east) for the dragon to eat. The moment the dragon ate them he turned into stone and so Crete was saved! Apart from mythology, the island of Dia is of great historical and environmental importance. In antiquity, it was the shelter harbour of Knossos. That's what led Jacques Yves Cousteau to carry out an underwater exploration around Dia and find its remains in the waters.