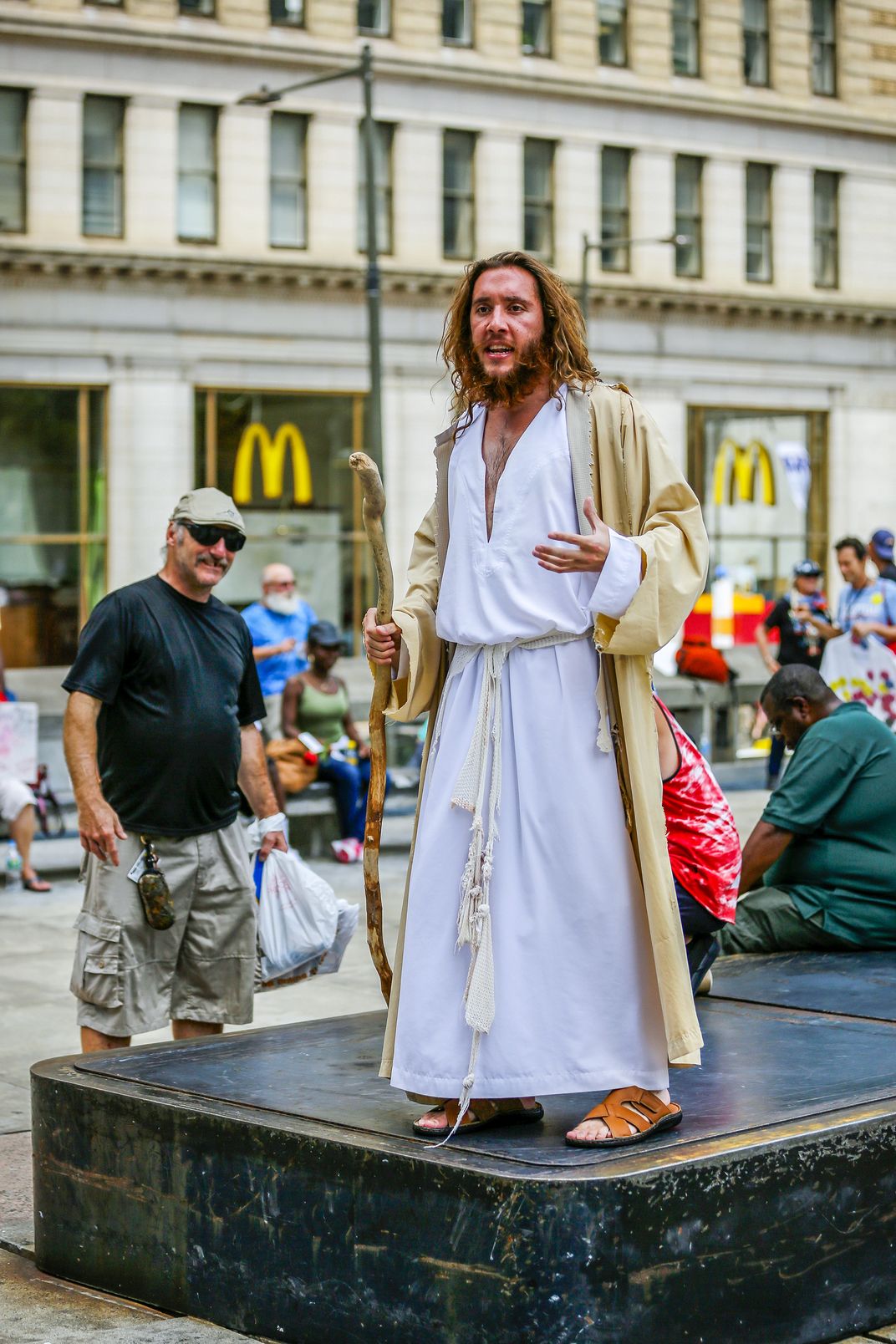 During the 2016 Democratic National Convention in Philadelphia, demonstrators amassed in the city center. Many were there in support of Bernie Sanders, and others were there to demonstrate on behalf of a wide array of other issues, including police brutality, marijuana law, and others. This man, dressed as Jesus, was delivering a sermon of sorts, professing the downfall of capitalism and the American government system. I could not resist but position myself so that the McDonalds logo would be the background for this image.