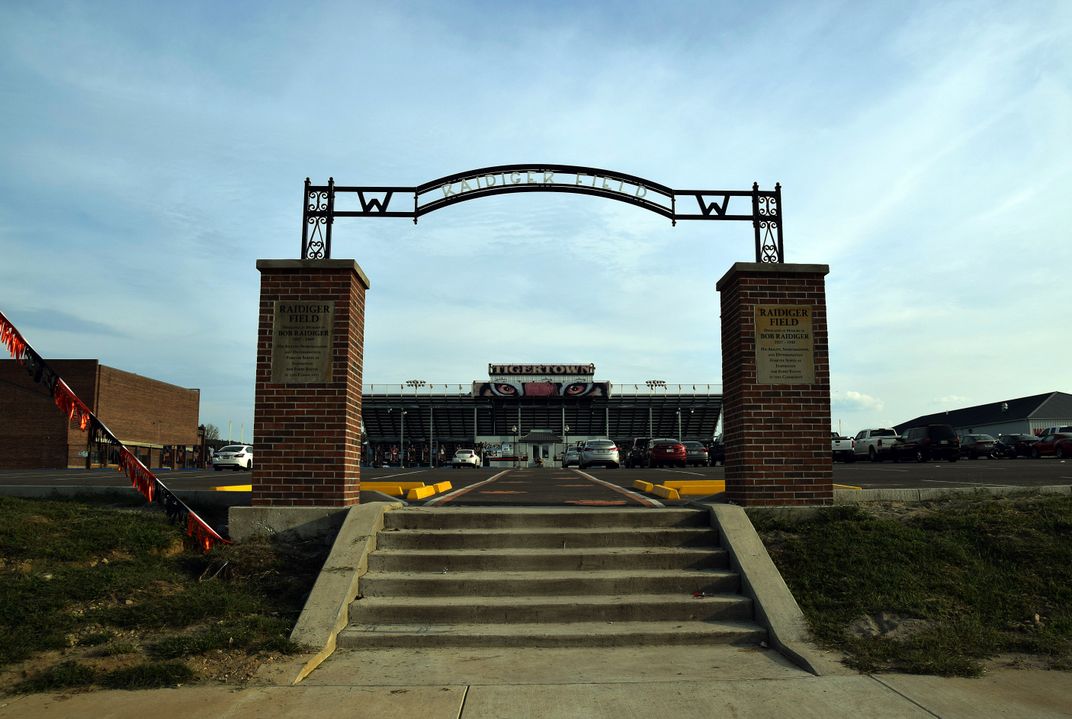 A high school football stadium in Waverly, a small town in Southern Ohio. In almost every small town across America High School football is the place to be on Friday nights, with young kids hoping to make a college team and eventually the NFL. But with the current controversy about concussions and the long term damage they do to player's brains, will the sport begin to die out as more and more parents refuse to let their young kids play? In economically depressed Southern Ohio it didn't appear that there was much to be upbeat and optimistic about, but it was obvious that this High School football stadium was a real source of pride for the people living there. How hard might it be for them to give up the pride and community spirit that surrounds their High School football team if they have to do so?