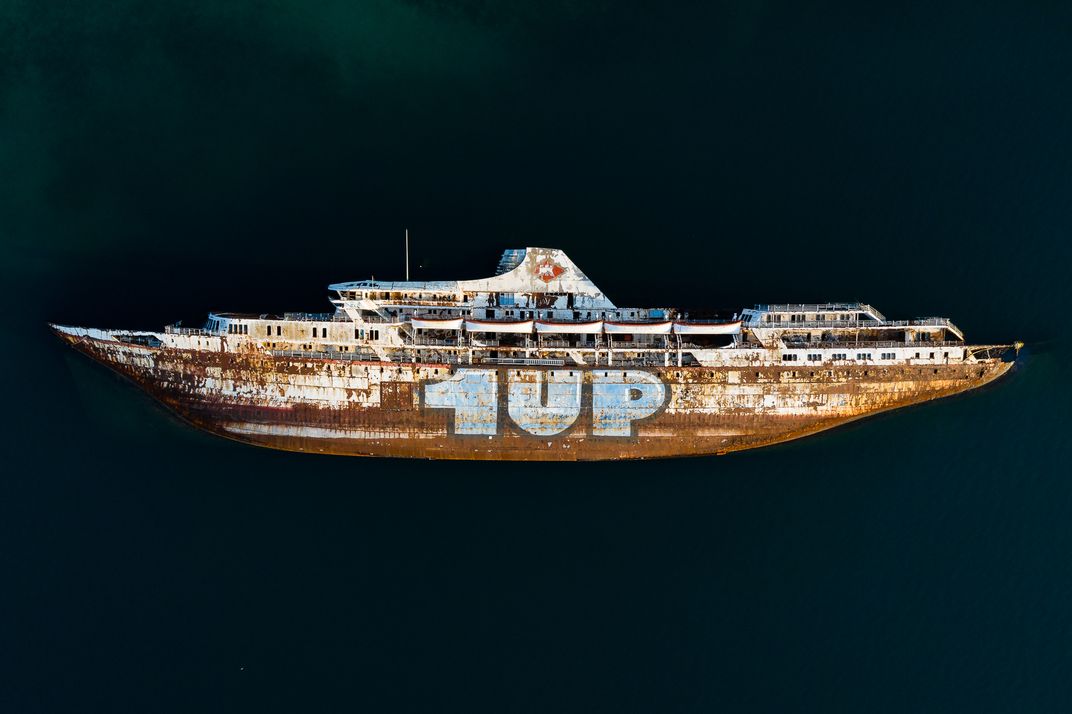 MS Mediterranean Sky was built in 1953 by Vickers Shipbuilding in United Kingdom as City of York. In 1971, she was sold, alongside with her three sister ships, to Karageorgis lines and renamed Mediterranean Sky. The Mediterranean Sky was sailed for the last time in 1996. She started tilting after being laid up in Eleusis Bay, Greece. The abandoned ship was then towed to shallow water where she grounded, capsized and sank in 2003 with the half-submerged wreck still visible to today.