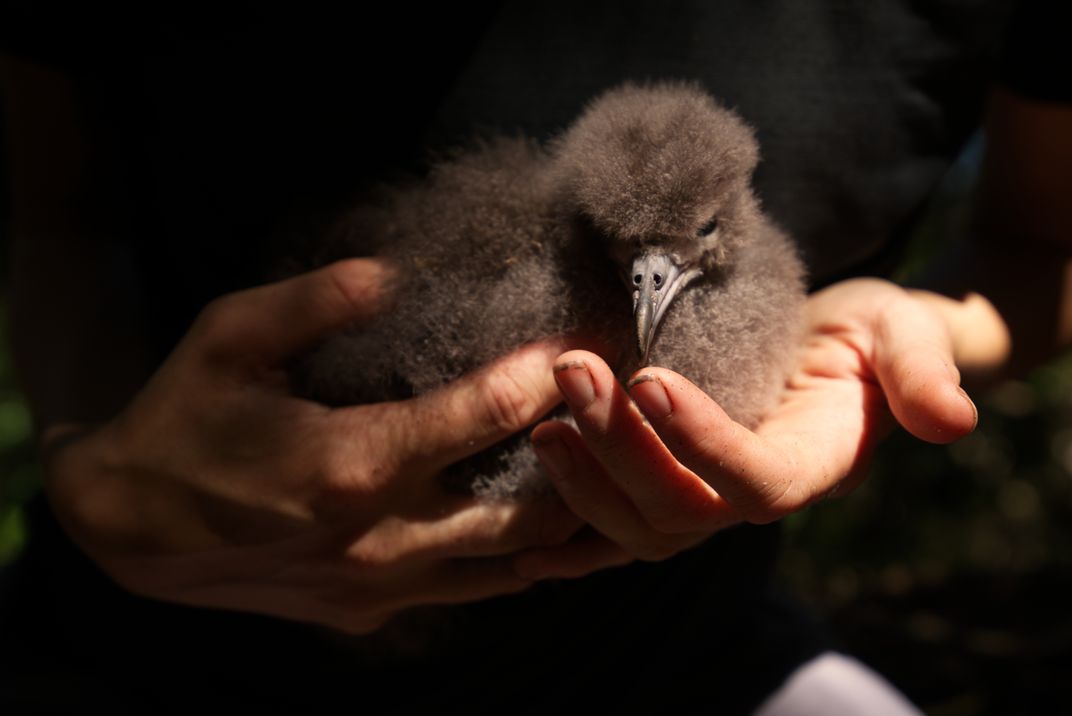 My hands are covered in dirt , far from a shower and many days spent exploring narrow burrows beneath the forest floor. Shown here, I cradle the flesh-footed shearwater chick briefly before returning it to the safety of it's home deep within the earth. This image captures the relationship of my conservation journey. A moment of care and appreciation coupled with the quest to further understand the complexity of the natural world around us in order to better protect it. On an remote island off the shores of New Zealand I lived amongst a large Flesh-Footed Shearwater colony in order to conduct demographic and tracking research. These shearwaters were recently discovered to be one of the most frequent bycatch species in commercial longline fisheries. One of the main goals of the trip was to track breeding flesh-footed shearwater adults in order to research their hunting behaviours to ultimately enhance conservation efforts. As part of the project we would handle some shearwaters within the study areas, and sometimes that included chicks.