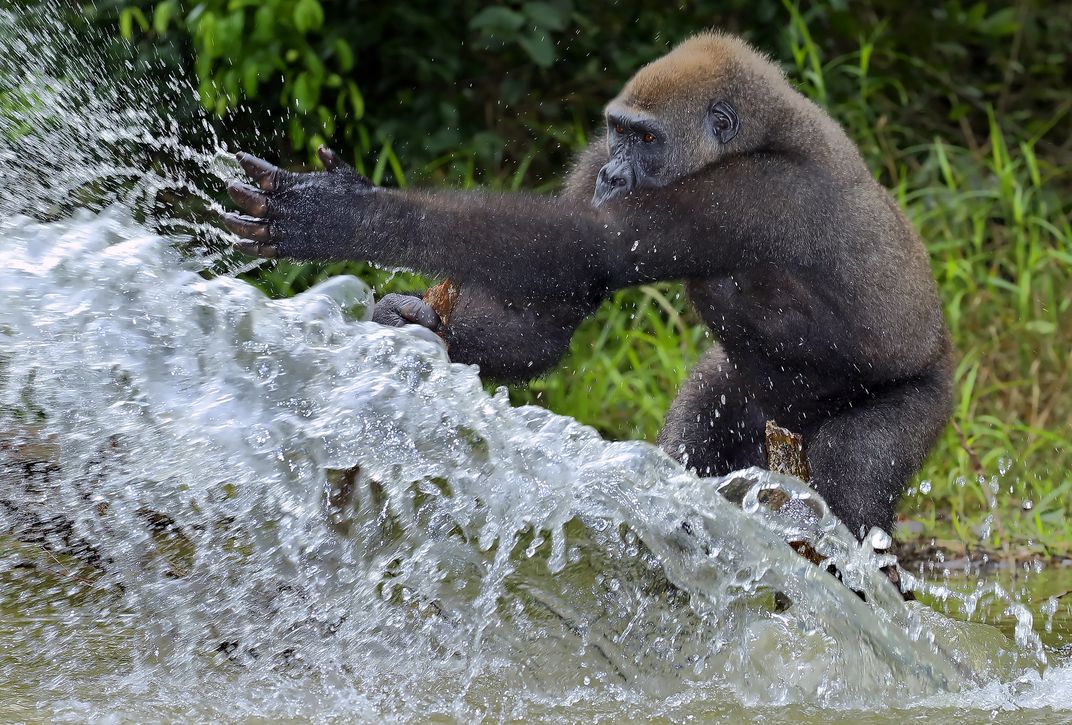 In the rainforest of Africa inhabit the last specimens of this species in the past must have been very large. Today the species is critically endangered by the illegal bushmeat trade and the destruction of their last refuges. Some examples like this, photographed on a natural island in the Park Lekedi live in the countryside safe from poachers. This type of natural forested islands are worked extraordinarily ensuring the survival of species such as gorillas, chimpanzees, bonobos and all kinds of endangered primates.