Home Natural World An insect in the wonderland. 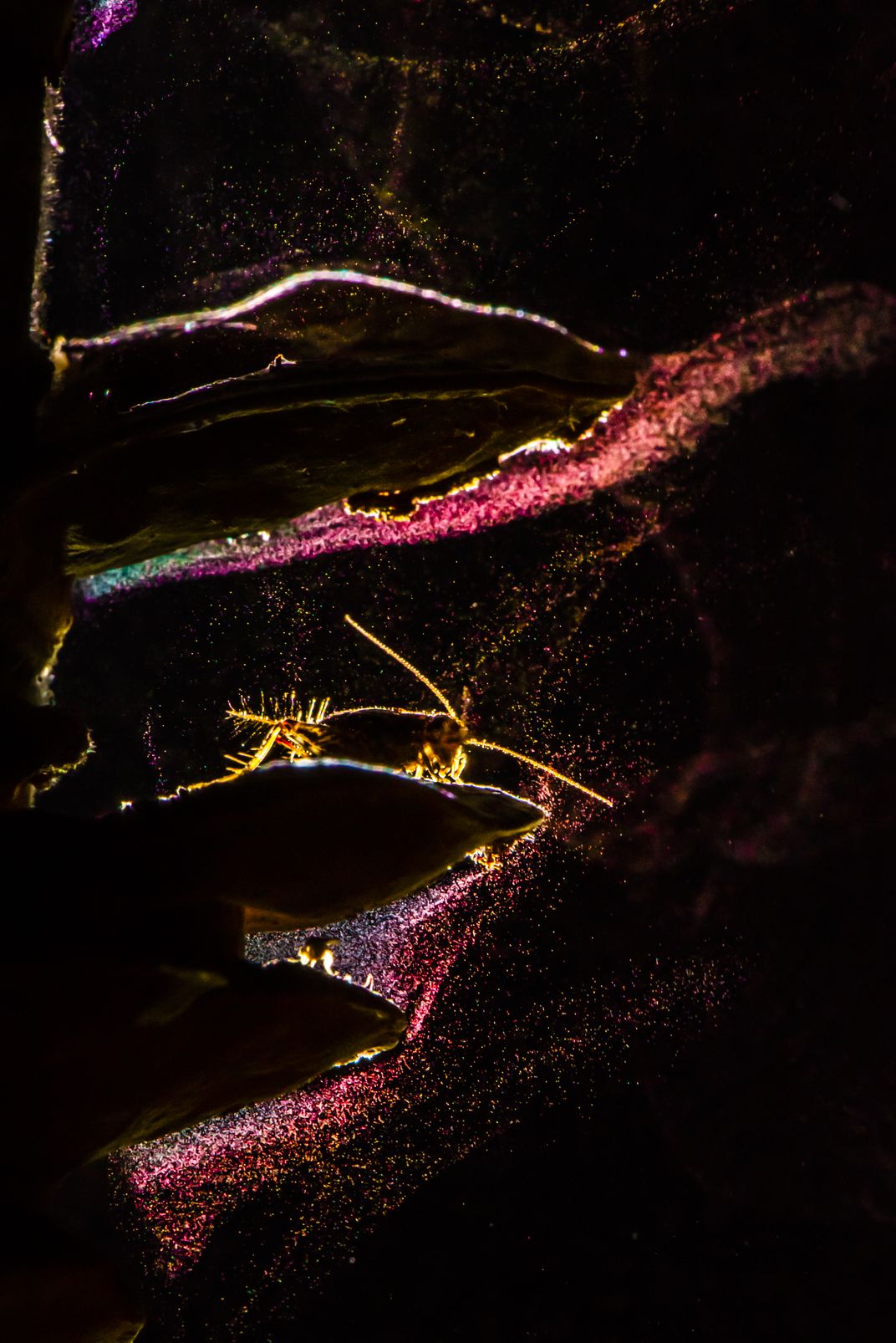 I went for a one day trek with my friends to a famous mountain near my hometown. While descending the mountain my friend spotted a dead tree log with bracket fungi on it. I decided to take a few pictures of that fungi. After using a torch as a backlit we got to know that the fungi are releasing spores which looks colorful in the backlit situation An insect attracted to the torchlight caught my attention I immediately composed it with the spores releasing fungi.