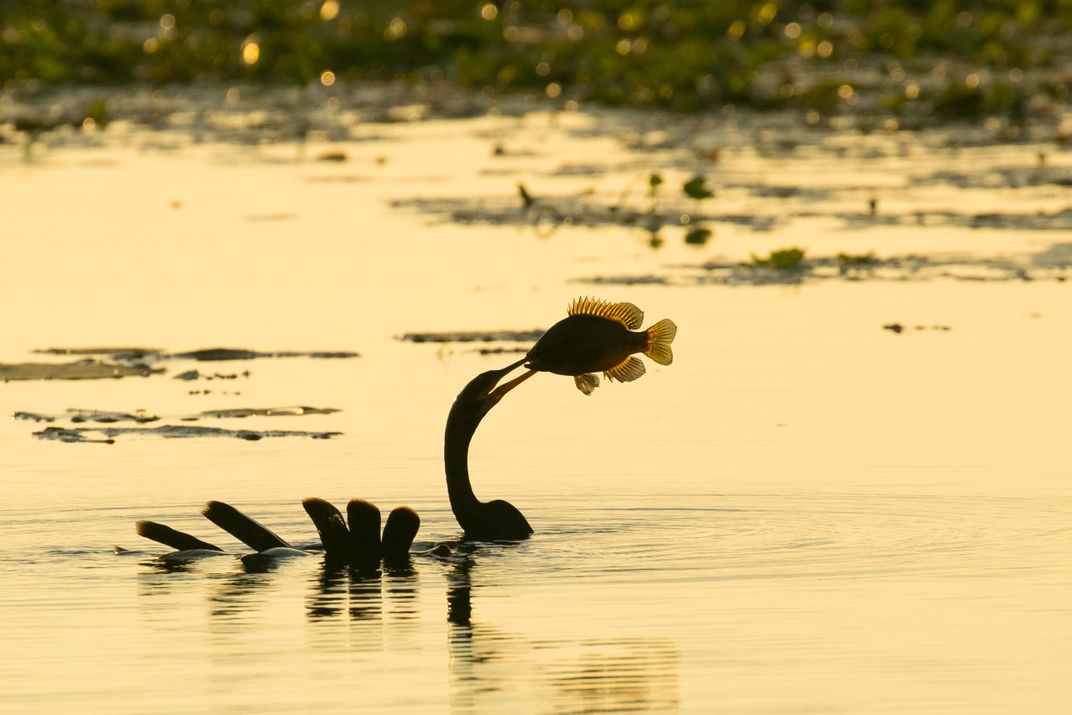 About half an hour before sunset I decided to turn around on the trail and head back towards my car. Within a minute I spotted this Anhinga emerging from the pond with a fish skewered in its dagger-like bill. For several minutes the fish struggled to grip and adjust its prey before swallowing. Yet for one brief moment in this battle royal the prey and predator faced one another head on, before the bird was victorious and swallowed its catch whole.