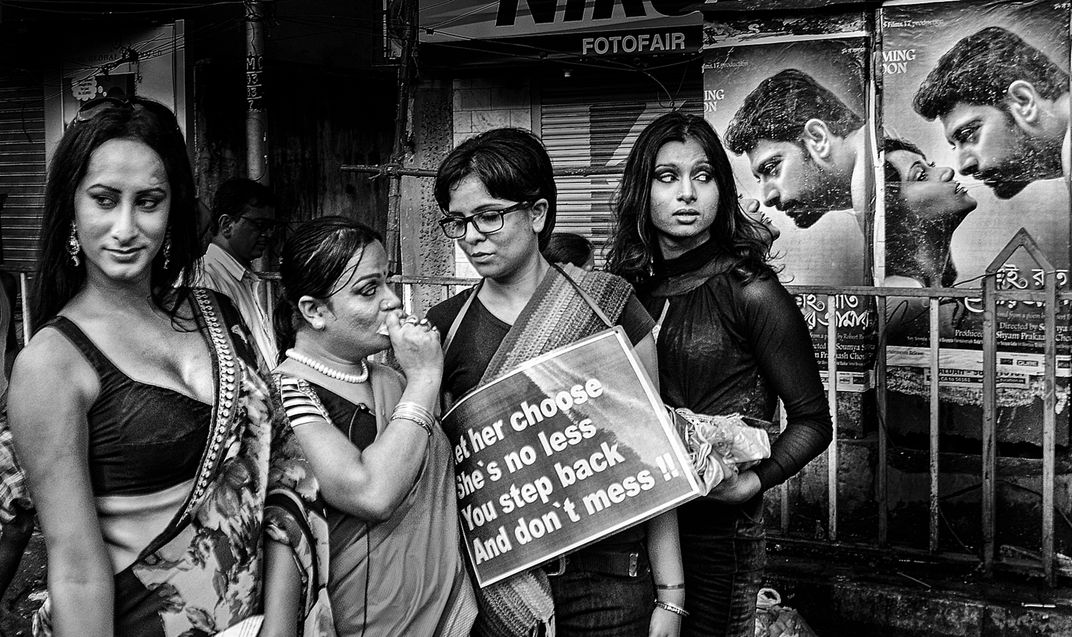 In india our Law & Order is deadly against of the Homosexualism vide the Indian Pinal Code Law no: 377. Kolkata as well as whole of the India are on the against of ihis law & My shot was according to an Coverage of a Protest Rally in Kolkata subjected to this matter. I have tried to capture a moment of attachment of The Homosexualism with the Normal sexual attachment of the human life . In this connection I have tried to link the emotion & affection of the Homosexual People with the background Poster showing the normal attachment & emotion of two different genders . Herein my image also establishes a protective voice as Love is Beyond all, beyond the Gender , Beyond the Society Its free , Its huge, subject to expansion of Heart feelings.