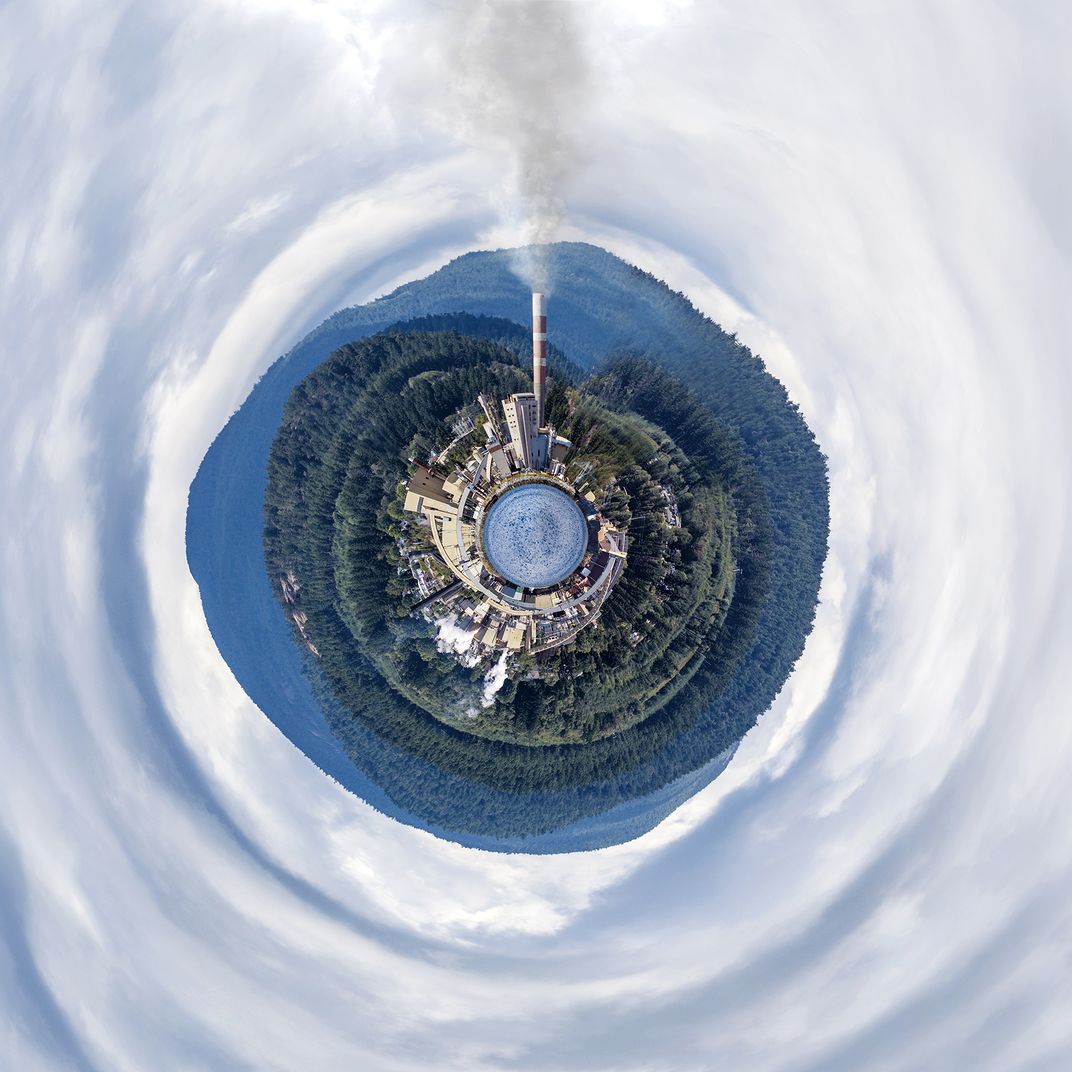 The “Anthropocene”, or the “Age of Humans” refers to the period of time in which humans have greatly impacted the state of the earth in a geologic time scale. The rise of fossil fuels as an energy source, the industrialization of agriculture, and the urbanization of more than half of our species have all contributed to the impact that we have had on our planet. Anthropocene; the Present i, alludes to this significant epoch both in content and in structure. Depicting industrialized scenes with a destructive human presence, the artworks suggest the disappearance and decay of the natural world. In each image, the focal point portrays the potentially cataclysmic modern world. Each composition is its own macrocosmic universe, gently connoting the image of an eye. Our species alone (anthro – meaning human) is responsible for the ominous changes that we have bestowed upon our planet. As highly conscious beings, we are unique in being aware of our own culpability. It is up to us to acknowledge how we are shaping the future, and what shape the future will take. There is an unavoidable loneliness within this series, as each macrocosm floats in a space of uncertainty. The circular images feed into themselves like an ouroboros, symbolizing introspection, and the infinite cycle of creation and destruction. The earth has seen geological rebirths, but it has never been faced with this type of crisis. The intention of this photographic series is to bring to light and acknowledge the pernicious impact of our species, and to prompt a need for change.