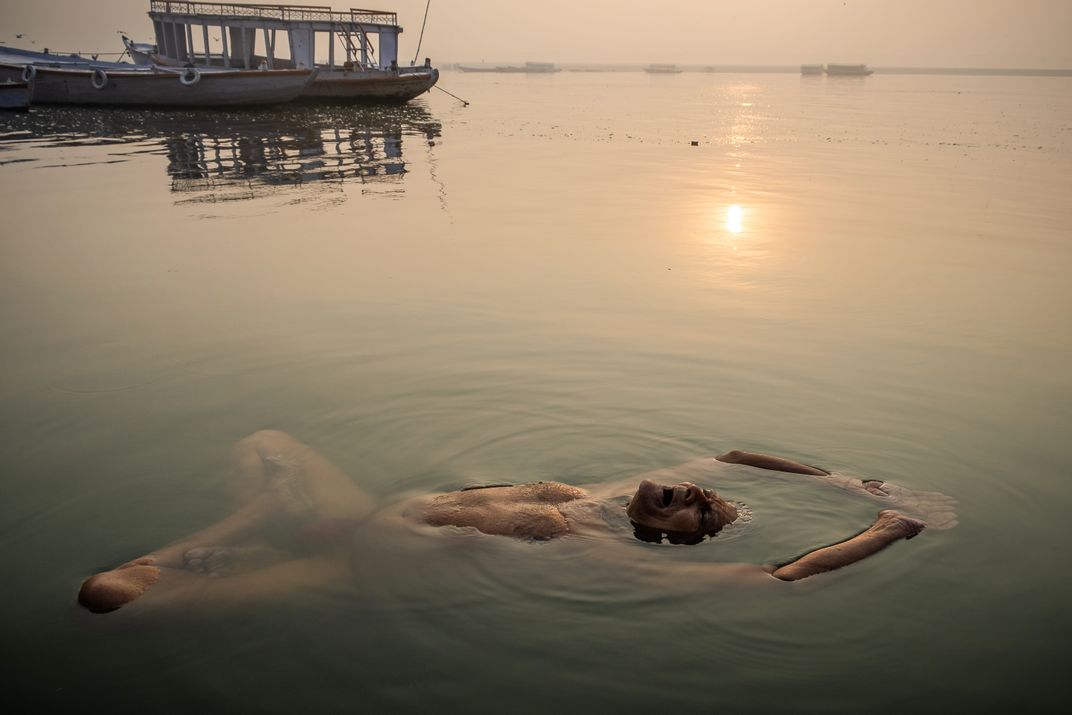 Yoga, which means "to unite", is a thousands of years old practice that originated in the Indian subcontinent. Yoga aims to create union between mind, body and spirit as well as between the individual self and the universal consciousness. Though thousands of years old, yoga still holds firm roots in India and has gained much significance and ground in the western world too. This is a man performing aqua yoga in the holy Ganges river, in the city of Varanasi, India.