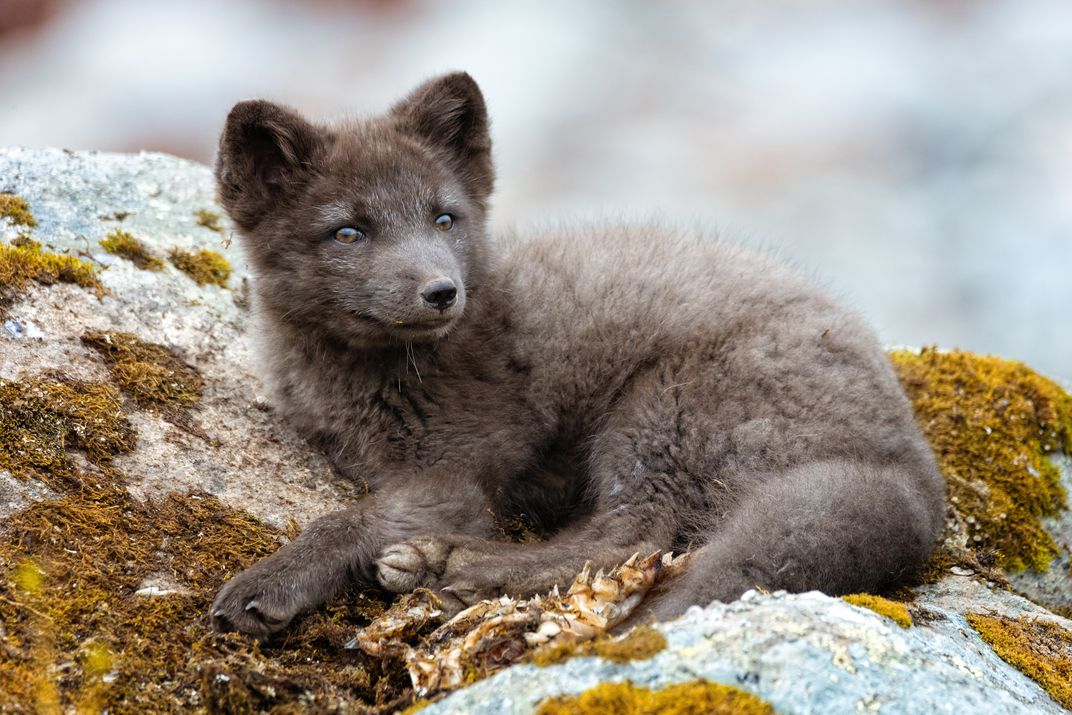 After driving up to Isafjordur in Iceland, my wife and spent half a day on a ferry out to the remote area of Horvik in Hornstrandir Nature Reserve. We decided we would camp out in the park for several days with the hopes of seeing and photographing a wild arctic fox. At dusk each night this little guy would come out and investigate us but would always disappear before there would be enough light to capture him properly. After three days of sitting in rainy, chilly weather it paid off and he came out during a brief gap in the weather to chew on some bones he had found the night before. It was quite exciting for us and something we are unlikely to forget.