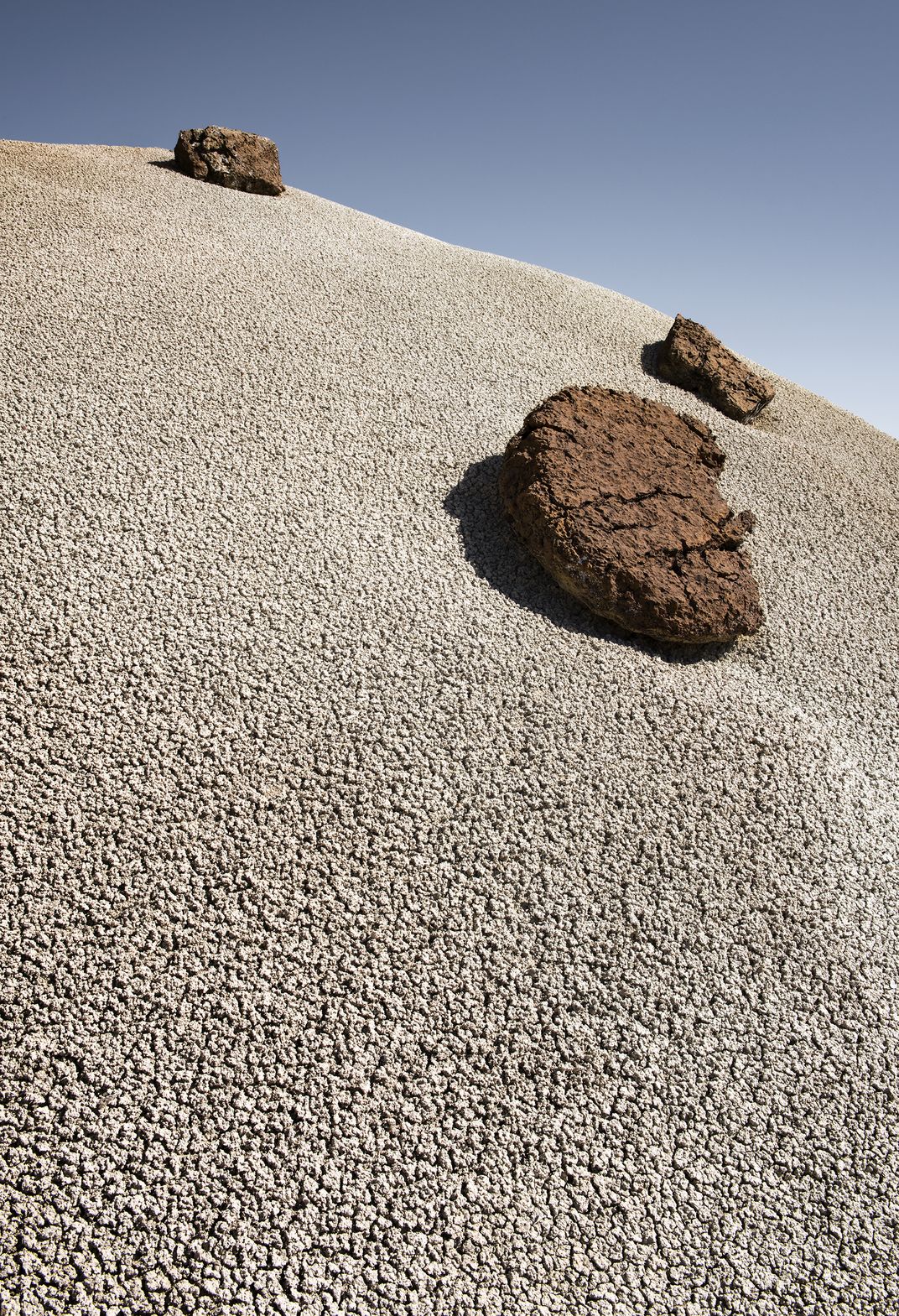 The Morrison Formation in Capital Reef National Park is a layer of sedimentary rock that dates back to Jurassic period and is found in the western United States. It is composed of mudstone, sandstone and limestone deposits that formed into numerous hills, 50 to 60 feet high. They can be found in few remote locations inside Capital Reef National Park. This layer is characterized by “popcorn" like texture created by absorbent clay formed from combination of mudstone and volcanic ash. It’s color palette includes pure whites, yellows, reds, browns an purples. The volcanic ash residue has painted not only the surface of these dune like mudstone hills but also saturated their inner core.