Home Travel At The Old Teahouse 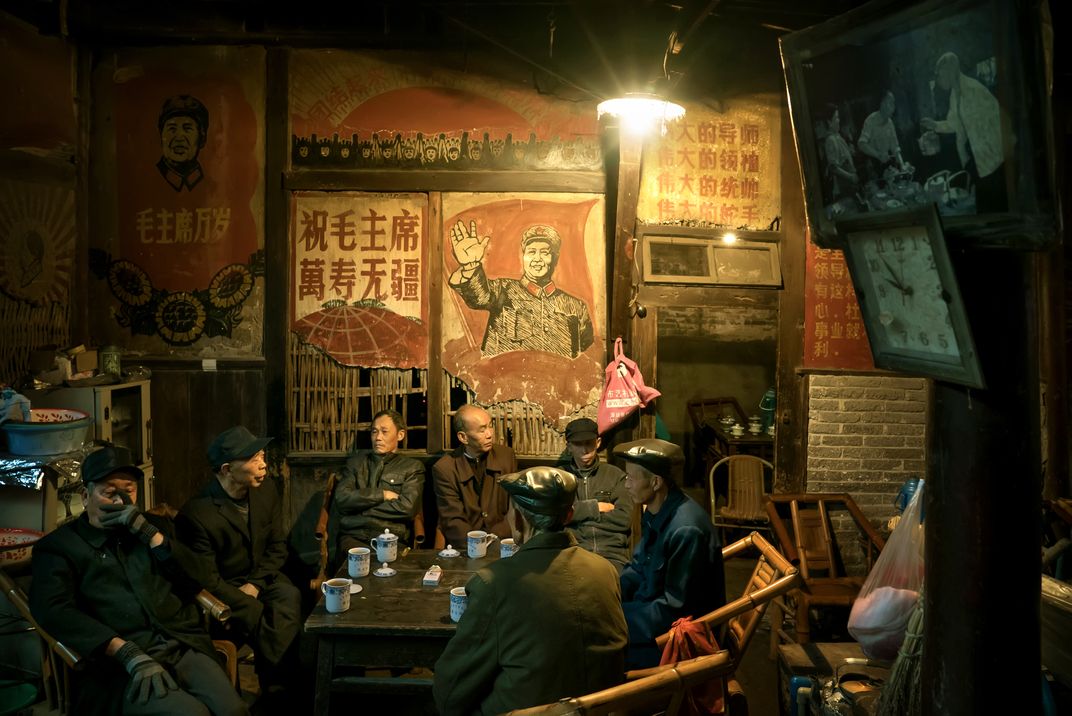 A group of friends gather in an old teahouse in PenCheng District located in Chengdu, Sichuan Province. Old traditional teahouses are a rare sight in modern China, most have been converted to tourist spots with modern facilities. This teahouse, run by Mr Lee, has been around for over sixty years. Frequented daily by regulars such as this group, it still retains its old world charm, and when one steps inside, time seems to have stand still, giving an era of China during Chairman Mao's leadership. It is with hope that China's cultural identity such as this teahouse is retain as part of its rich history, in a current world that sees modern cafes like Starbucks mushrooming everywhere. This Old Teahouse, even with China's rapid push for concrete jungle, has stood the test of time.