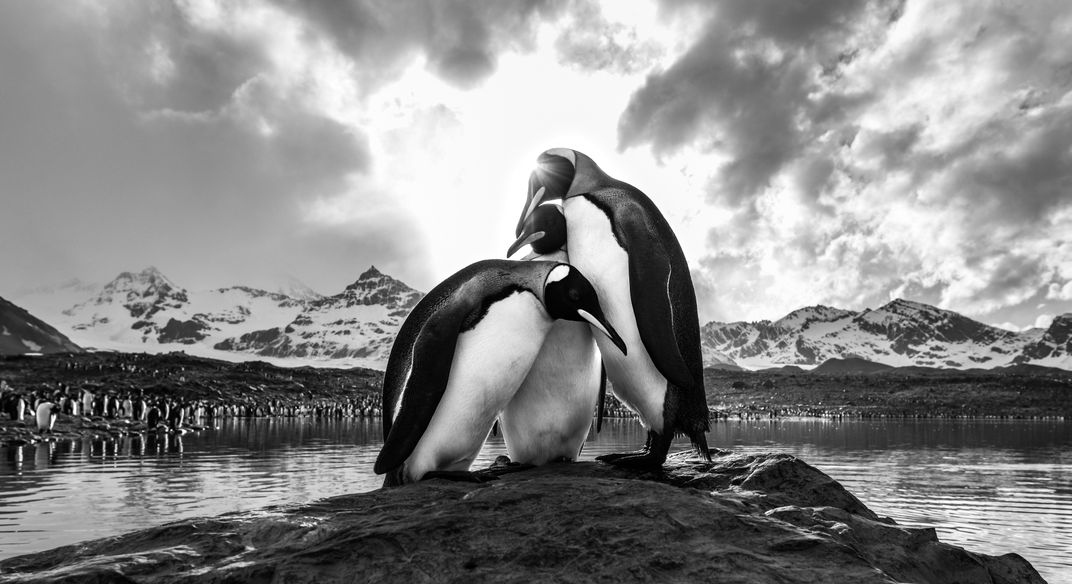 South Georgia is as wild as it gets, hundreds of thousands of penguins gather here for a true natural spectacle. It is however, a challenging place to photograph—how do you tell a singular story amidst the chaos? These three penguins were a gift—perched on a rock in the middle of a shallow pool, surrounded by their comrades and the dramatic peaks in the background, just as the light was breaking through. I suppose there was enough room for four on that rock as they did not mind my company, and allowed me to shoot this special scene on 24mm.