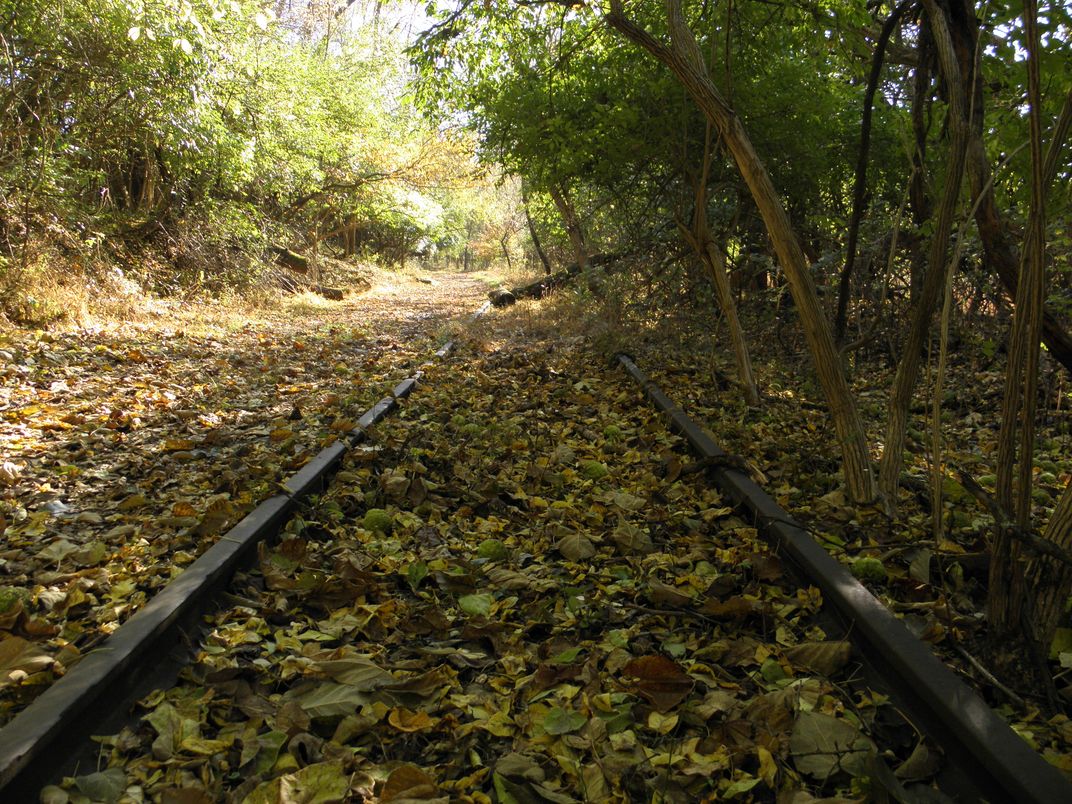 The Chester Creek Branch lies abandoned among fall leaves at Newlin Grist Mill Park. It was built by the Chester Creek Railroad Railroad and opened in 1869 to provide rail service through south and central Delaware County, Pennsylvania. It was leased and operated by the Philadelphia and Baltimore Central Railroad until 1916 when the Philadelphia, Baltimore, and Washington Railroad, a subsidiary of the Pennsylvania Railroad, took control. In 1972, the railroad was severely damaged by flooding from Hurricane Agnes. It was abandoned when it was decided that the cost of repairing it was too much and eventually deeded to SEPTA.