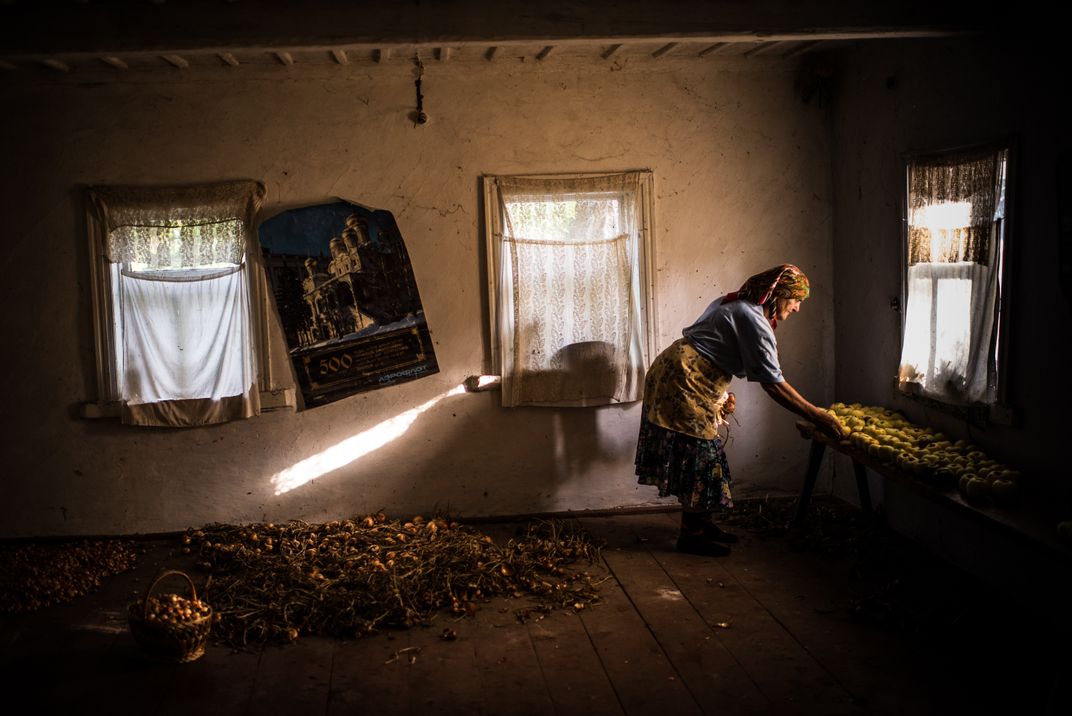 Baba (granny) Gania in the abandoned village of Kupovate, Chernobyl Exclusion Zone. She stands here in the old house of her neighbor, did (grandpa) Ivan, who died couple of years ago. She uses his empty and cool house as a storage space for apples, onions and other products of her garden. Baba Gania is one of the so-called "self-settlers" who came back to the evacuated villages surrounding the Chernobyl Nuclear power plant and stayed despite the radiation pollution and possible health dangers.