Home Altered Images Back To Where It All Began 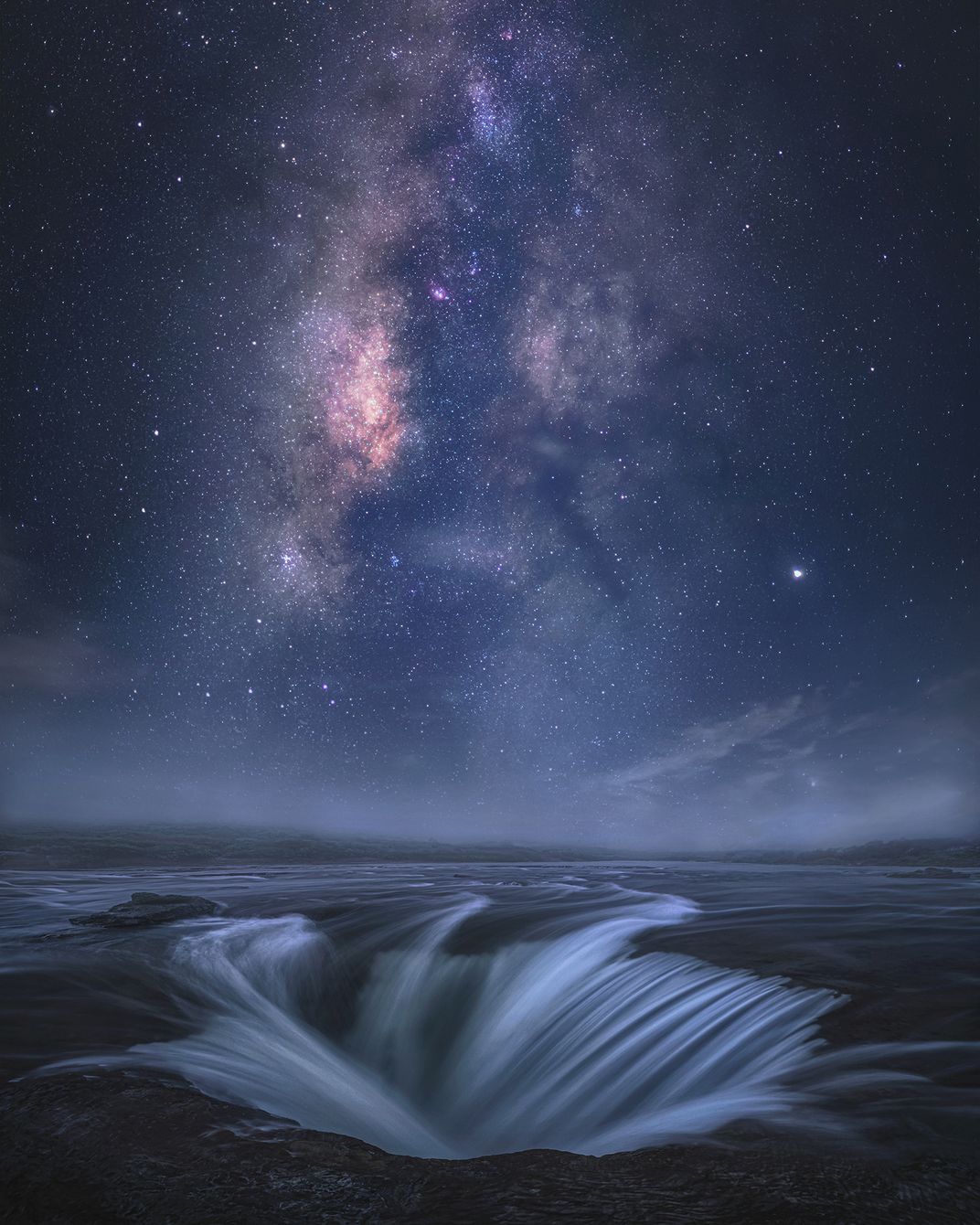 This image was created close to the town of Amlarem (Meghalaya, India) in September 2019. My vision was to capture the flow of water along with a perfectly aligned Milky Way core, but for that, it took me seven visits to the same location in a single year. Sometimes the sky was clear and the Milky Way was aligned but the flow of water wasn't there. At other times the flow of water was there and the sky was overcast, which is a common occurrence when it comes to Meghalaya, which literally translates to "Abode of Clouds". For the foreground, a three-shot panorama was created during the blue hour sometime after sunset. For the sky, it is a vertical panorama of 2 shots captured a couple of hours later when the Milky Way was properly aligned with the water flow.