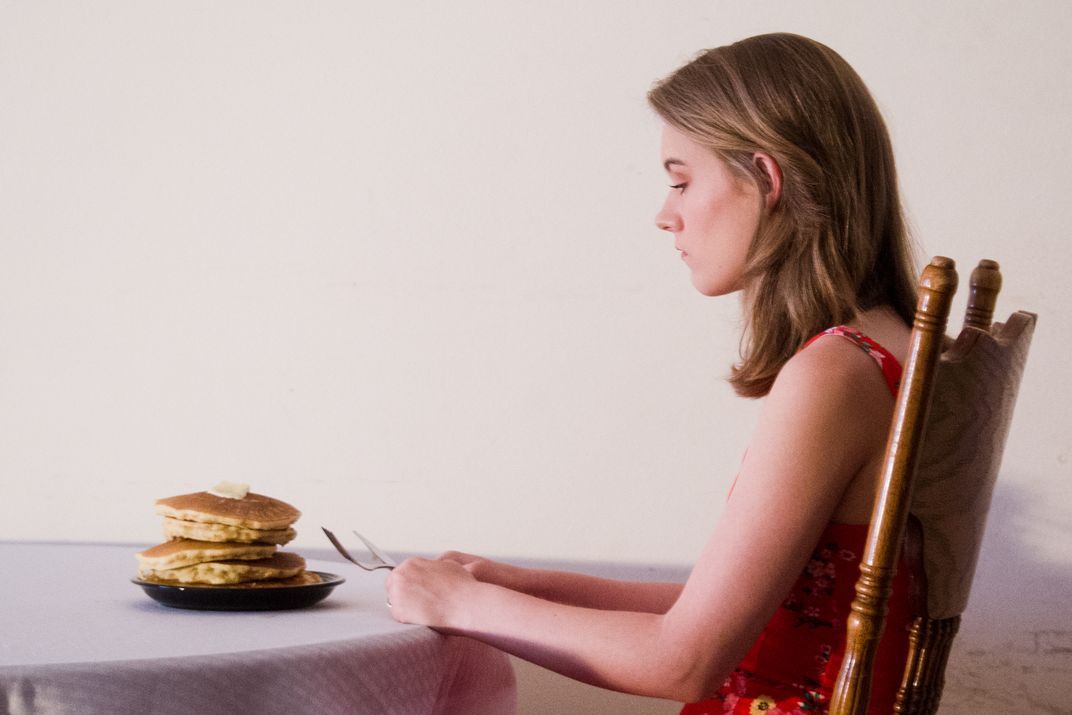 “It started slowly at first, you know, standing in mirror. Then I looked to others and began comparing myself to them. I was never a big person, but I slowly began cutting out foods. Obvious ones of course, snacks, sodas, and junk but also breakfast. Between 15 and 16 years old I fell off into what I believe to be anorexia nervosa. I wouldn't exercise because I was very shy and kept my eating habits (aka: slow starvation) to myself. When I began college it got worse. Calorie counting was a daily chore and I decided to eat one meal a day and a snack. I was cutting out necessary foods along with my "bad foods." I can remember the day I was climbing the stairs to my class, which before hadn't bothered me too much, and becoming so dizzy I had to stop and sit. I remember my mom suggesting a little weight gain wouldn't hurt while staring at my collar bones, and I loved it. I remember, my husband, begging me to stop counting and I felt as though I had achieved something. Their concern gave me motivation. But despite feeling that way, inside I was miserable, depressed and hungry. At my lowest I was 103 pounds, ribs showing, weak and pale. But I wanted to go lower. I thought I had to be a certain weight, a certain shape so the people around me would be proud to say, "Hey, that's my daughter!" or "That's my girl!" I was completely wrong. The night I fell into my husband's arms crying over calories was the night I decided I had to stop. Not only to help me, but also give those around me peace of mind. I'm coming to the realization that my appearance/weight doesn't determine my place in the world, and it certainly doesn't make my family love me more or less. Now I'm 21 years old, 118 pounds, eating better, and exercising. For once in my life I have some muscle and the color is coming back to my face. Although the habits still linger, I know it will eventually come to an end. After six years of restrictive eating, I think it's time.”