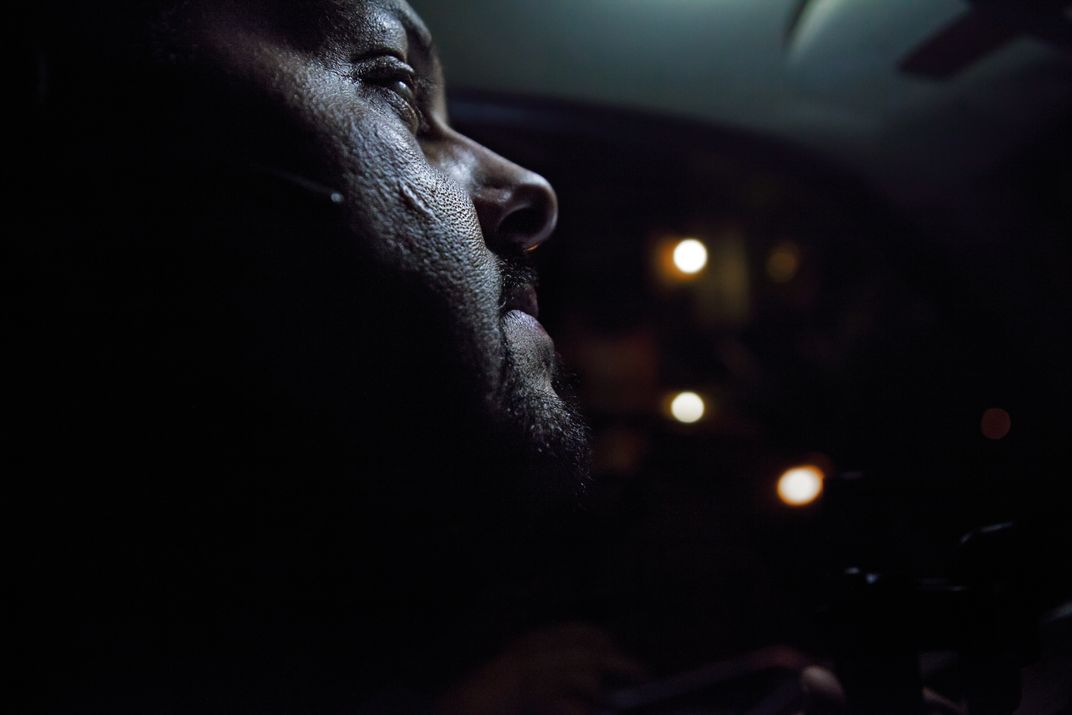 bail bondsman and bounty hunter. Flatbush, Brooklyn, NYC, US, 2013. Bail Bond is a visual tale set in contemporary New York. By weaving together stories of bondsmen, defendants and bounty hunters, the reportage sheds light on an unexplored edge of law and order in the US, a place where crime and security collide and amalgamate. In the US legal system, a person accused of committing a crime is called defendant: assumed innocent, he must be proven guilty, or else released. While waiting for judgment, defendants can live as free men and women, as long as they pay a sum of money, considered a guarantee for their appearance in court on the dates assigned for the trial. When defendants cannot pay, bondsmen act as guarantors by providing the requested money and assuming the responsibility to force recalcitrant defendants into court on their day, with the help of bounty hunters.