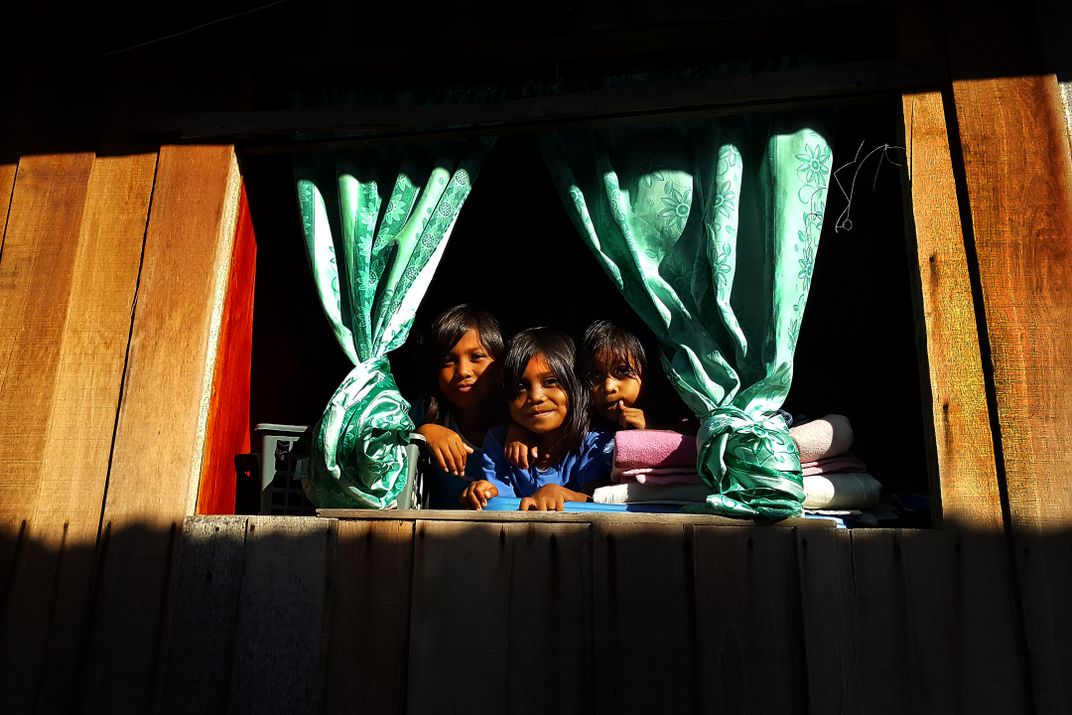 Mabul Island is a small island off the south-eastern coast of Sabah in Malaysia. The island has been a fishing village since the 1970s. In the 1990s, it first became popular to divers due to its proximity to Sipadan Island, this island mostly occupy by the Bajao Tribe. I took this shot while travelling the small islands, and the light illuminate the part of the house, I asked permission to the owner of the house, if I can take photos of their children pose in the window.