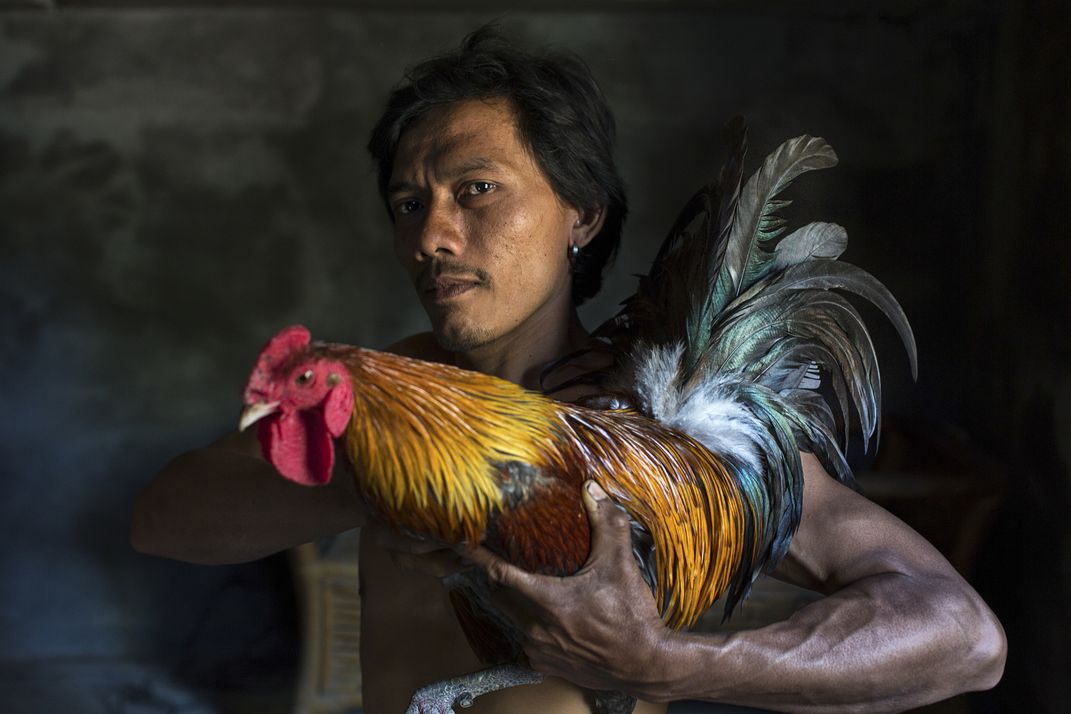 A man holds a rooster which he has raised and trained for cockfighting. Cock-fighting is a highly important ancient custom in Balinese culture dating back to at least before the 10th century. The death of a rooster leads to 'tabuh rah' (spilling of blood) which is used as a sacrifice to appease evil spirits. No religious ceremony in a temple may commence until the blood of at least three sabung (roosters) has been spilled on the ground. These portraits show an intimate side of the pride and love that many Balinese men have for their most prized possession.