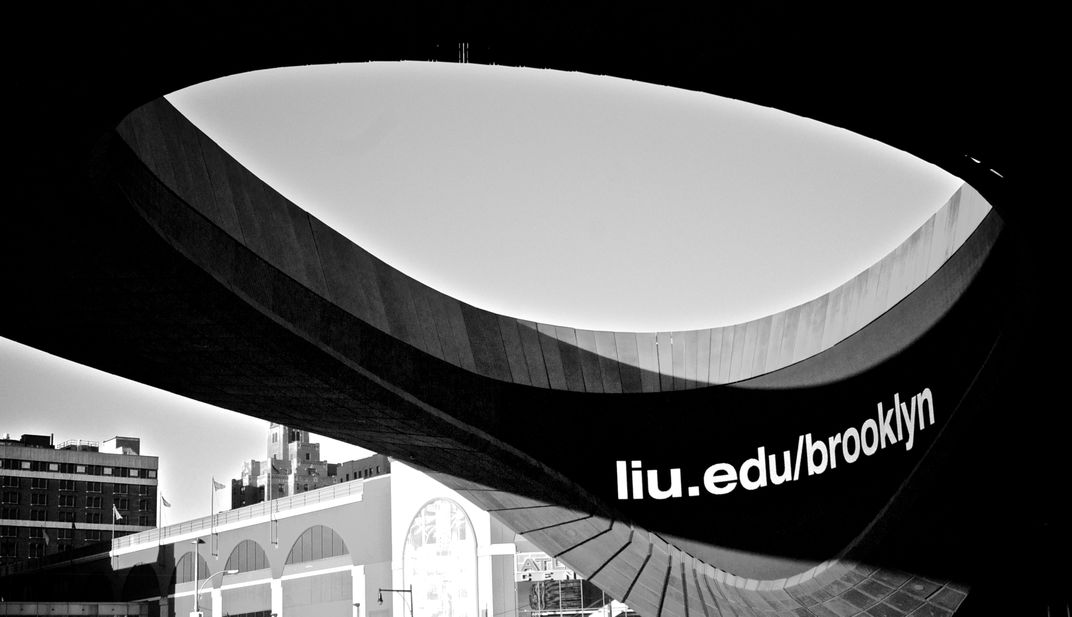 The Barclays Center is a sports and concert venue in downtown Brooklyn, New York. It's design was just as controversial as it's groundbreaking. Residents in the area bitterly protested the project, and it's construction was delayed for almost 10 years. This shot captures the LED screen in the ring of the entrance "awning" which runs ads non-stop. Here I captured an advert for Long Island University, who's Brooklyn campus is right across the street.