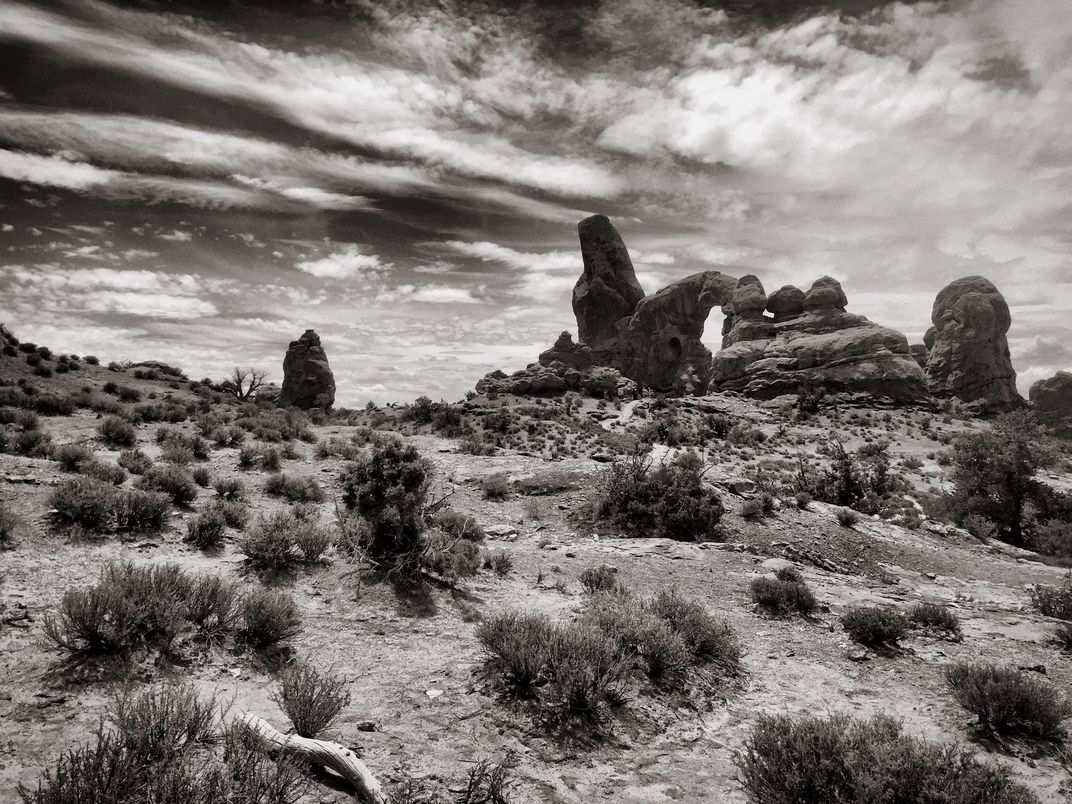 Photographed on a road trip through Utah and Arizona, these works embody movement in often stationary settings. Though the beautiful rock formations in Arches National Park seem to rise out of the desert like unmoving soldiers, there is still an aspect of motion within them remaining from thousands of years ago when water swept over them. The sky also manifests constant movement with its towering clouds and arid breeze that can almost be felt through the images. With billowing clouds, jagged rocks, evermoving skies and pristine deserts, this landscape screams contrast and extremes. It is for this reason I portray it in monochrome because the scene boldly asserts itself, no colors needed. The dancing contrasts between light and shadow are the focus of my work. I hope you enjoy these pieces as much as I enjoyed shooting them.