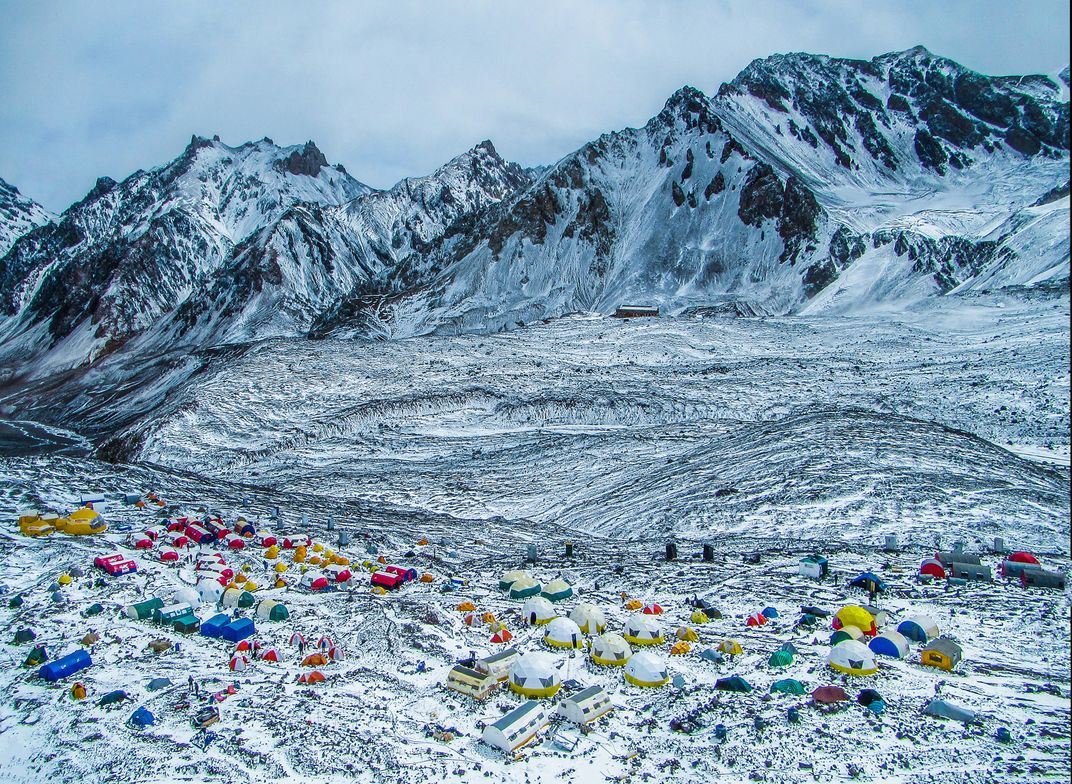 The mountain was created by the subduction of the Nazca Plate beneath the South American Plate. Aconcagua, used to be an active stratovolcano (from the Late Cretaceous or Early Paleocene through the Miocene), and consisted of several volcanic complexes, on the edge of a basin with a shallow sea. However, sometime in the Miocene, about 8 to 10 million years ago, the subduction angle started to decrease resulting in a stop of the melting and more horizontal stresses between the oceanic plate and the continent, causing the thrust faults that lifted Aconcagua up off its volcanic root. The rocks found on Aconcagua’s flanks are all volcanic and consist of lavas, breccias and pyroclastics. The shallow marine basin had already formed earlier (Triassic), even before Aconcagua arose as a volcano. However, volcanism has been present in this region for as long as this basin was around and volcanic deposits interfinger with marine deposits throughout the sequence. The colorful greenish, blueish and grey deposits that can be seen in the Horcones Valley and south of Puente Del Inca, are carbonates, limestones, turbidites and evaporates that filled this basin. The red colored rocks are intrusions, cinder deposits and conglomerates of volcanic origin