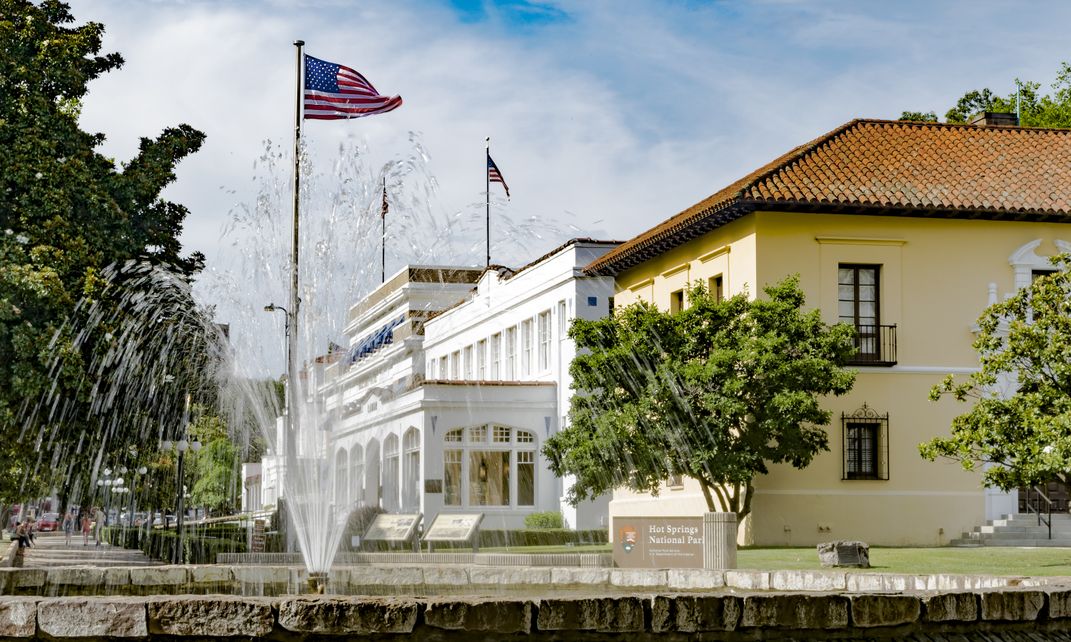 Bathhouse Row - Hot Springs National Park Arkansas is the oldest park in the National Park System. What makes the area unique is the rare odorless (sulfur free) thermal water that flows from the side of Hot Springs Mountain. Bath Houses were built to capture the water before reaching it's natural path, Hot Springs Creek that now lies underneath the Magnolia lined walk. The first written documentation of the thermal water dates to 1771 by French Explorer Jean-Bernard Bossu. The Hunter-Dunbar Expedition 1804 (The Forgotten Expedition) commissioned by Thomas Jefferson. One of the objective's to explore the Hot Springs. George Hunter a Chemist performed the first scientific analysis on the springs. In 1832 Congress recognized the need to protect the springs and passed an act designating the Hot Springs, existing Bathhouses and several parcels of land Hot Springs Reservation. In 1921 it became Hot Springs National Park. Archaeological evidence indicates the area within the park has been in use by indigenous people for several millennia. Others attracted to the thermal water include Franklin D. Roosevelt, Al Capone and legendary baseball player Babe Ruth who was known to stroll the row and soak in the water preparing for the upcoming season. On May 28th 1987 Bathhouse Row was designated a Historic Landmark.