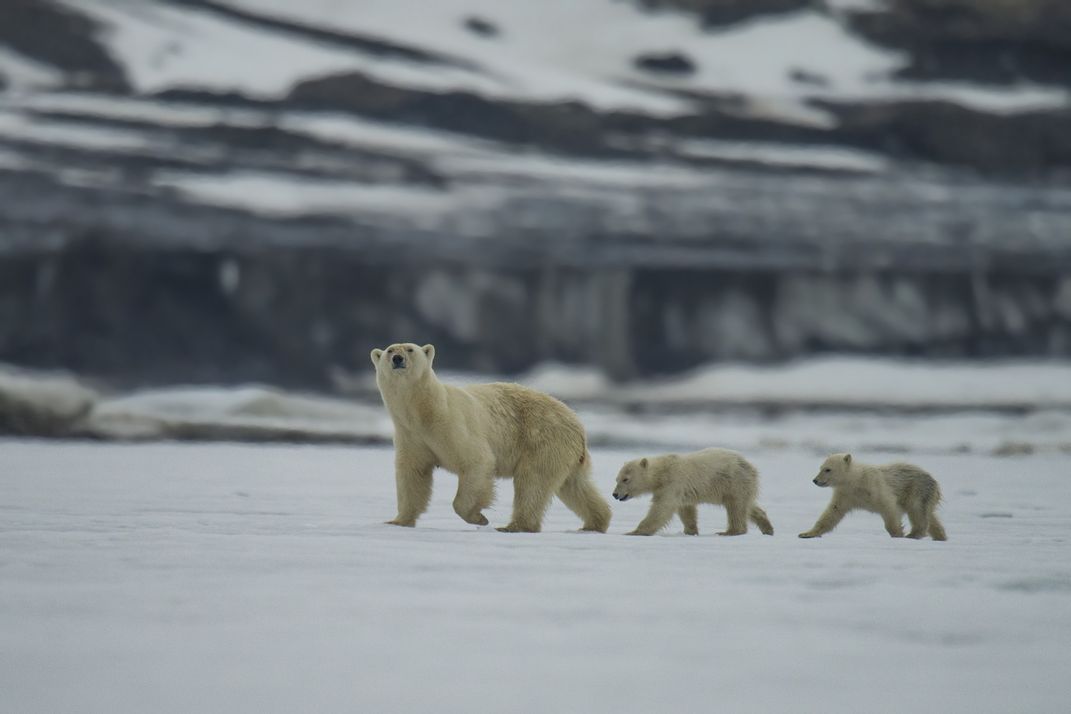 After an eight long day of exhaustive sea voyage across the Barents Sea in search of King of Arctic, the polar bears (Ursus Maritimus) on drift ice around Spitsbergen, Svalbard Archipelago in Norway. The rough sea got me into serious sea sicknesses, feeling of nausea and sleepless nights. In the evening we went through Heleysundet in a narrow sound between Kükenthaløya and Spitsbergen. It is known for its violent tidal races. We checked an area where we had seen a Polar bear earlier in the season. This was maybe the best decision we made during the whole expedition. We found 5 Polar bears on the ice and the mother bear with 2 cubs came very close. The background was just amazing. Indeed it is the highlight of the expedition.