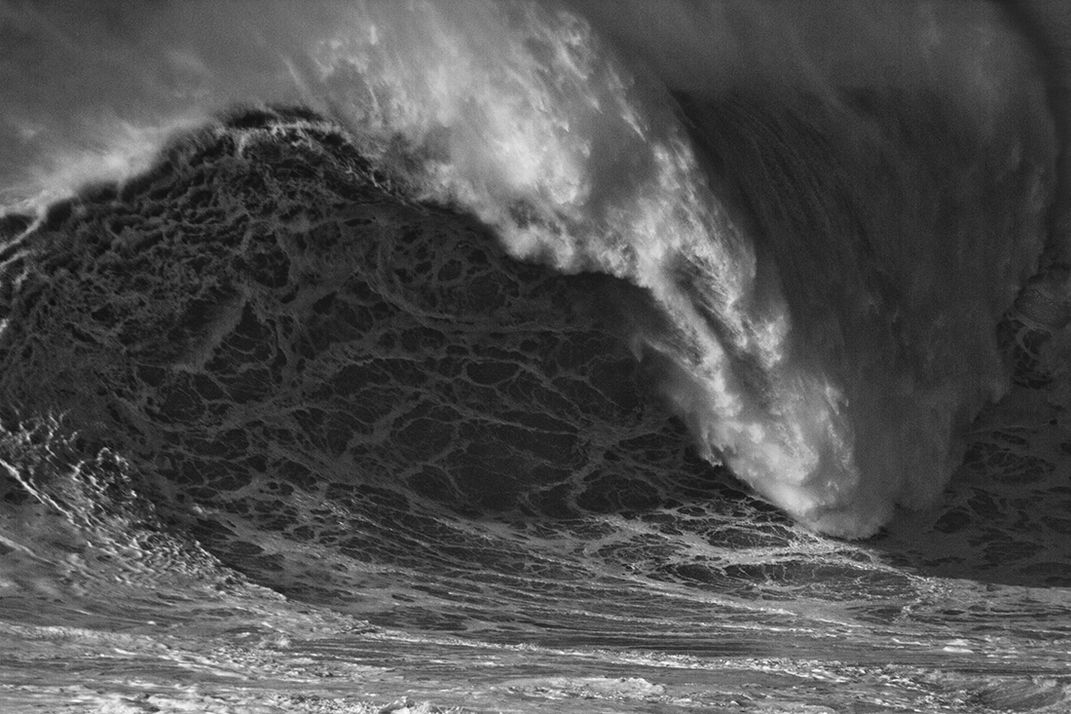 This wave was shot in Praia do Norte, Nazaré, Portugal. Nazaré is known for its beautiful but treacherous waves. It has some of the biggest waves in the world due to a canyon formation below the water. This location produces waves of phenomenal power. The waves shown in this series are amongst the biggest shot in Nazaré in 2022. This photo is part of a project that consists of a series of photographs taken of Praia do Norte, Nazaré and of João de Macedo (a Portuguese big wave rider). It is almost impossible to be in the presence of these waves and not be moved in some way. They inspire a reaction in almost everyone that witnesses them.