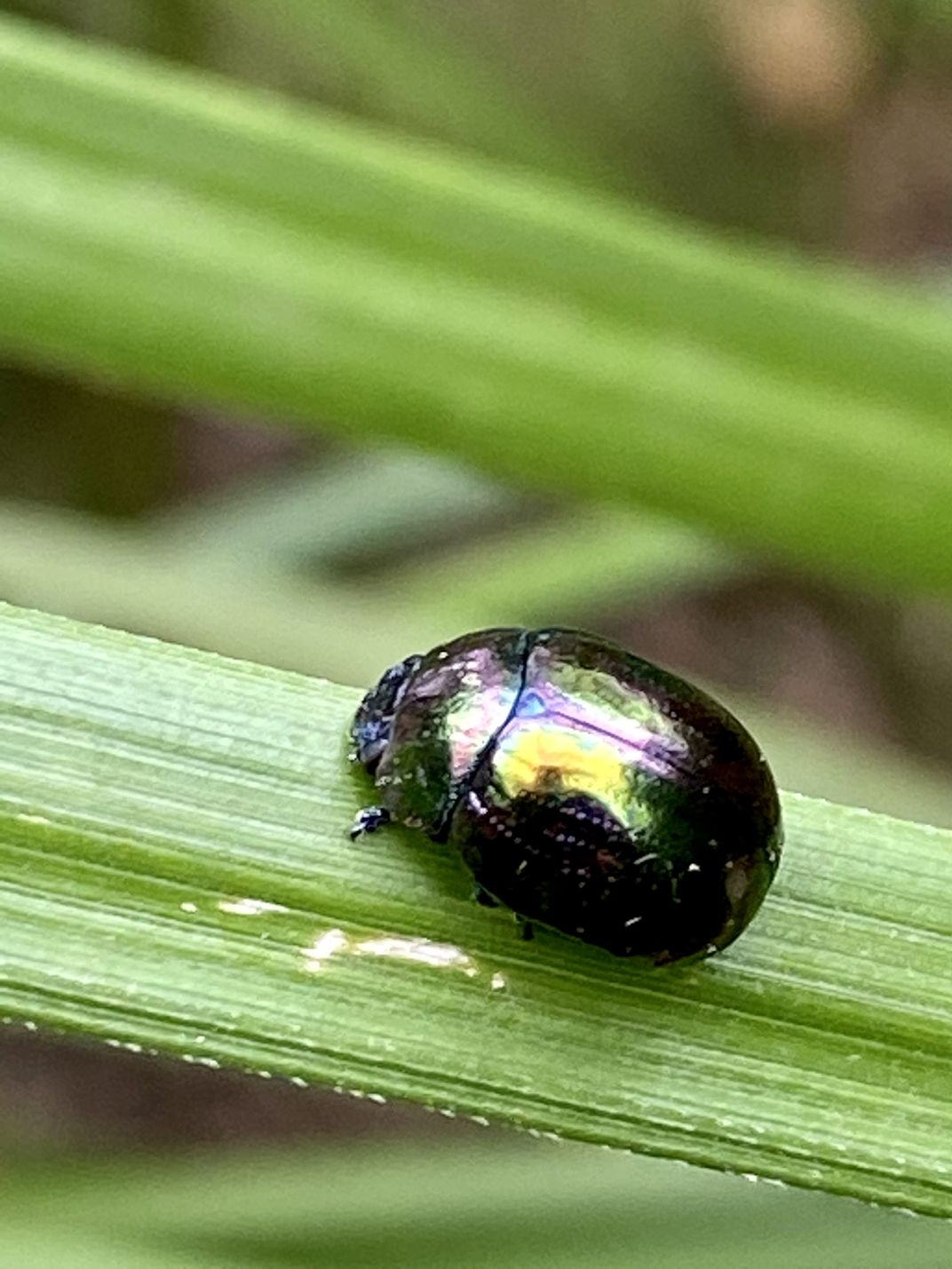 I was hiking a grade 4 hike (hard) in South Australia. The map said there were 'some sections of the path particularly along the river that may be difficult to follow'. It was bordering on impossible because there had been a lot of recent rain to a normally very dry area, the river was high and the rocks were many and slippery. There was no path at all for kilometres so it took some very confident footwork and climbing to progress (and going back was a much harder option). Some time during the many kilometres through/alongside the river and gorge, I moved a tall grassy bush aside and saw this little guy beautifully reflecting light with his rainbow shell. I forgot how hard the hike was momentarily and took his photo.