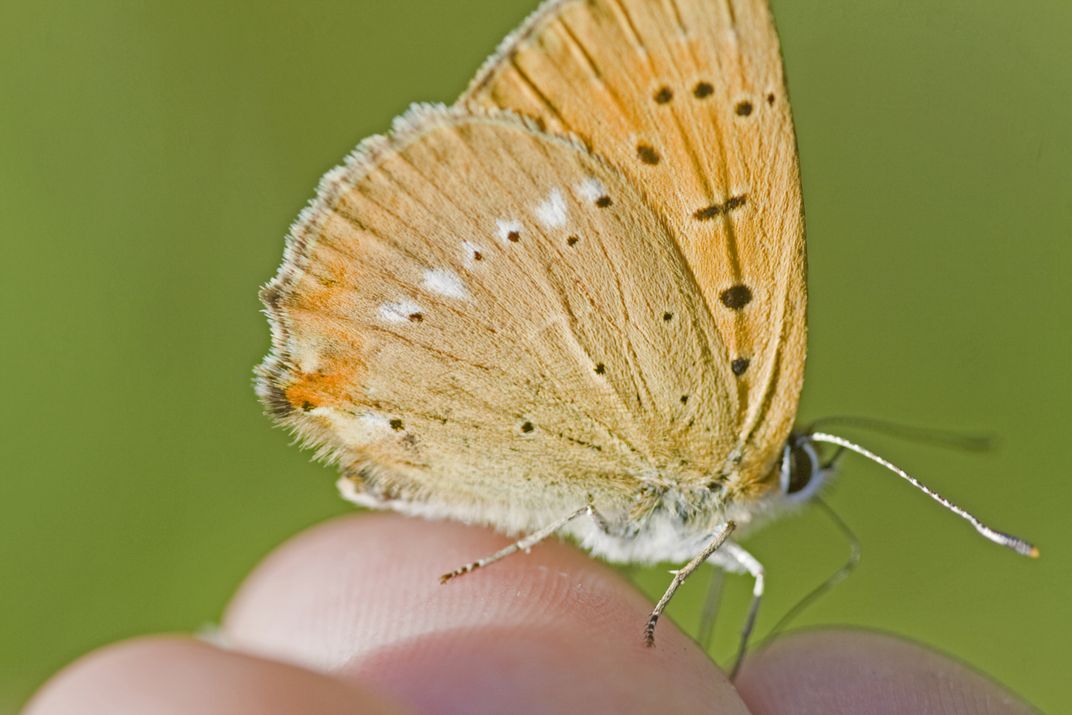 I was busy shooting ladybirds on tansy, but a certain copper took offense and started flying about my head like a bat, but would not settle. After an hour or so, it became annoying because the constant fluttring in face and above head is unsettling, so after asking him to sit for a portrait several times, I gave up. There's only so many times you ask an insect for portraits and then you move on, so I packed the bag and moved up an across the road. He followed. Finally in frustration, I reached out my hand and asked if he would sit for a brief portrait session and he did