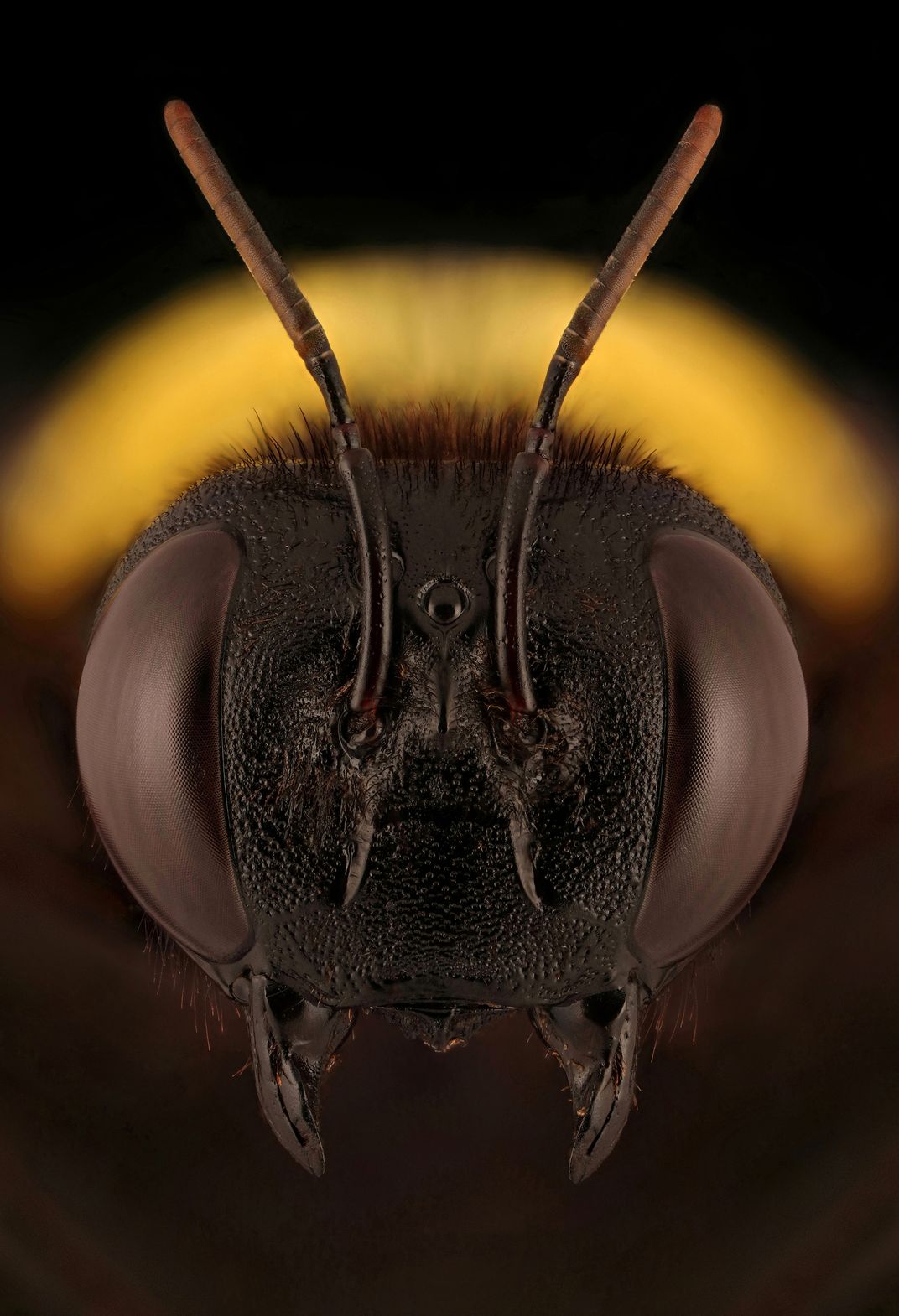 Carpenter bees are species in the genus Xylocopa of the sub family Xylocopa flavonigrescens. The genus includes some 500 bees in 31 subgenera. The common name "carpenter bee" derives from their nesting behavior; nearly all species burrow into hard plant material such as dead wood or bamboo. Carpenter bees make nests by tunneling into wood, bamboo, and similar hard plant material such as peduncles, usually dead. They vibrate their bodies as they rasp their mandibles against hard wood, each nest having a single entrance which may have many adjacent tunnels. As a subfamily, they attack a wide range of host plants, but any one species may show definite adaptations or preferences for particular groups of plants. The entrance is often a perfectly circular hole measuring about 16 mm (0.63 in) on the underside of a beam, bench, or tree limb. Carpenter bees do not eat wood. They discard the bits of wood, or reuse particles to build partitions between cells. The tunnel functions as a nursery for brood and storage for the pollen/nectar upon which the brood subsists. The provision masses of some species are among the most complex in shape of any group of bees; whereas most bees fill their brood cells with a soupy mass and others form simple spheroidal pollen masses, Xylocopa species form elongated and carefully sculpted masses that have several projections which keep the bulk of the mass from coming into contact with the cell walls, sometimes resembling an irregular caltrop. The eggs are very large relative to the size of the female, and are some of the largest eggs among all insects. Carpenter bees can be timber pests, and cause substantial damage to wood if infestations go undetected for several years.