Home Travel Behind the Light 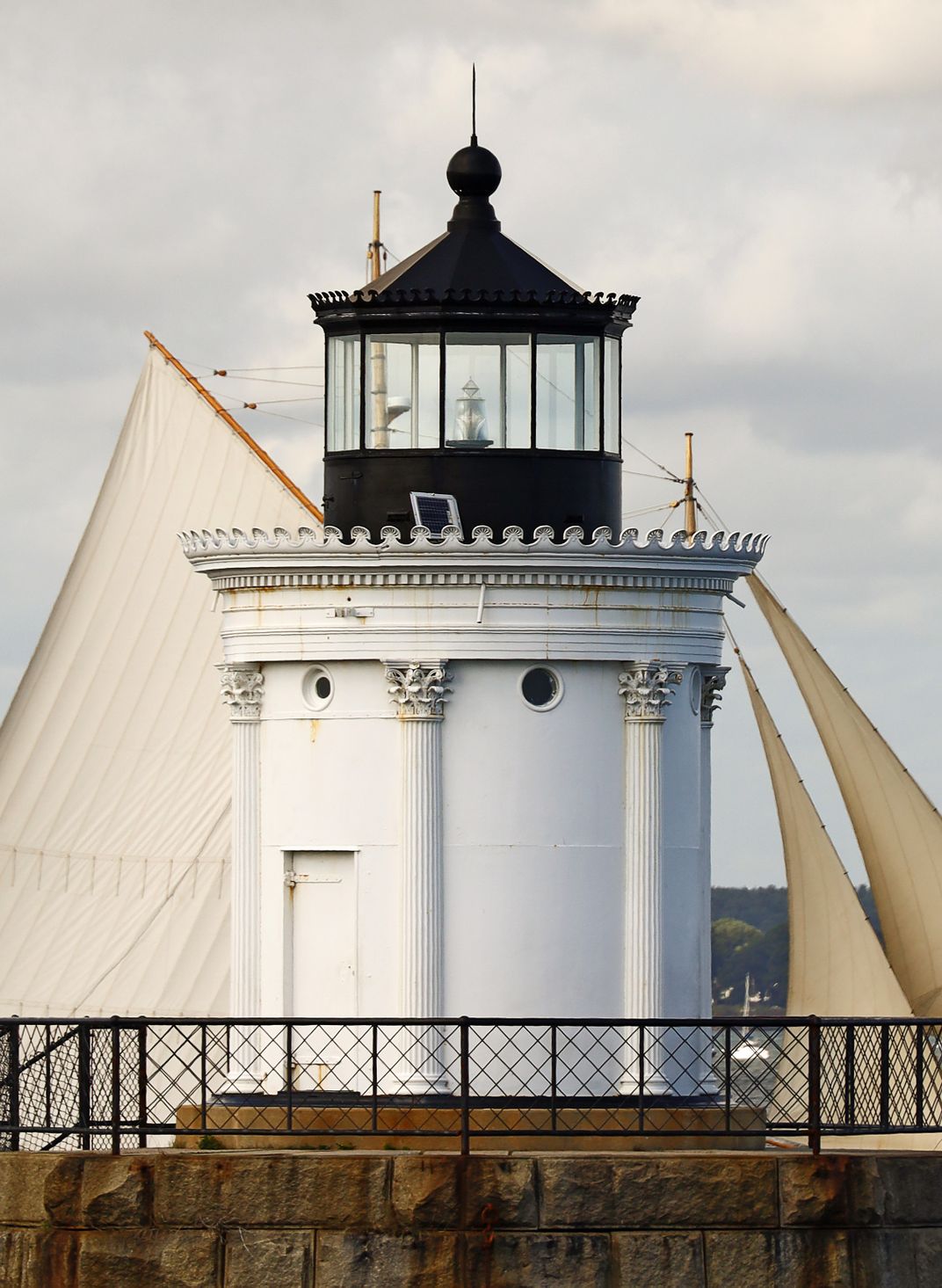 The 88-foot schooner Wendameen, designed by the famed yacht designer John Alden, and built in East Boothbay, Maine passes behind Portland Breakwater Lighthouse in South Portland Maine, which is more affectionately known as "Bug Light" due to its small size. The schooner Wendameen was launched in 1912 when she took center stage in the golden era of fast, sleek ocean schooners. Inactive since the 1930s, she was thoroughly restored in the late 1980s and is now listed on the National Register of Historic Places. She sails from the Maine State Pier in Portland on Commercial Street. The lighthouse was first built in 1855, as a wooden structure, but the breakwater was extended and a new lighthouse was constructed at the end of it in 1875. The new lighthouse was made of curved cast-iron plates whose seams are disguised by six decorative Corinthian columns. The architect was Thomas U. Walter, most noted as the designer of the U.S. Capitol east and west wings and its current dome.