Home People Behind the Scene 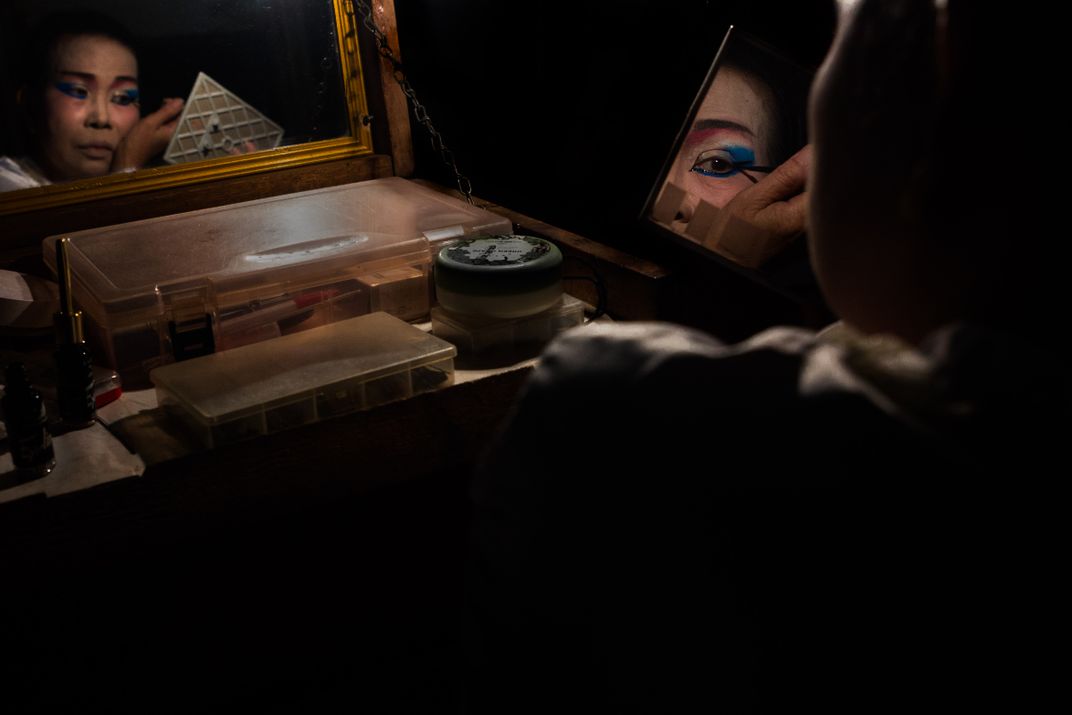 An artist is preparing for Chinese Opera stage performance.Chinese opera is a popular form of drama and musical theater in China with roots going back to the early periods in China and originated from the Later Zhao Dynasty.Early forms of Chinese drama are simple, but over time they incorporated various art forms, such as music, song and dance etc.It is performed in many Chinese populated country such as Malaysia,Singapore but most of the artists are aged as it doesn't pay enough for youngsters.