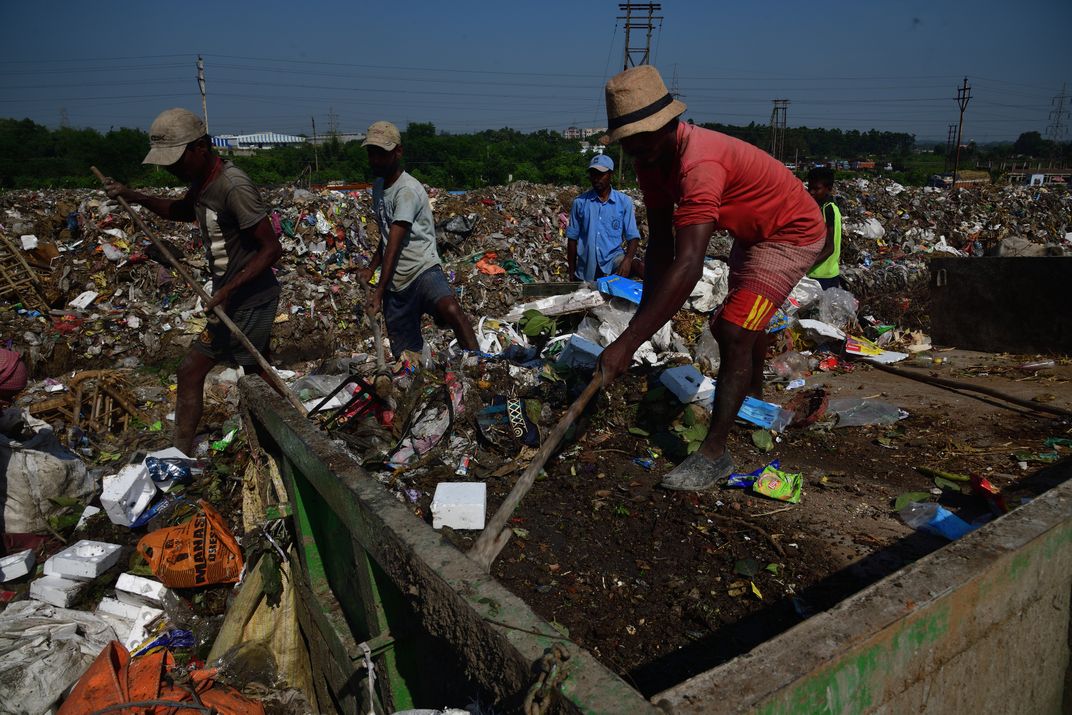 In India, home to over 200 million Dalits, the ragpickers or chiffoniers and sweepers are the most marginalized, exploited and discriminated, being mostly Dalits (the lowest caste in India or the Untouchables), living the life of pariahs in extreme poverty in unhealthy, unhygienic and deplorable environmental conditions, usually in tents, thatched houses or at the best in tin-roofed or asbestos-roofed houses, and are deprived of their schooling and childhood. Though both the ragpickers and sweepers help in keeping the nature and environment clean and safe, maintaining the health and hygiene within the cities and towns, they are left to their own destinies, exposing themselves to multiple perennial risks including death due to the nature of their job. The majority of the ragpickers are very young children and women, who are compelled to take up the profession due to extreme poverty and are thereby always in the most vulnerable state leading to grave basic human rights violations. India is home to 33 million child labours. Ironically, 2021 is the INTERNATIONAL YEAR for the ELIMINATION of CHILD LABOUR. The image shows municipal sweepers dumping garbage at a garbage dumping site at Asansol, West Bengal, India.