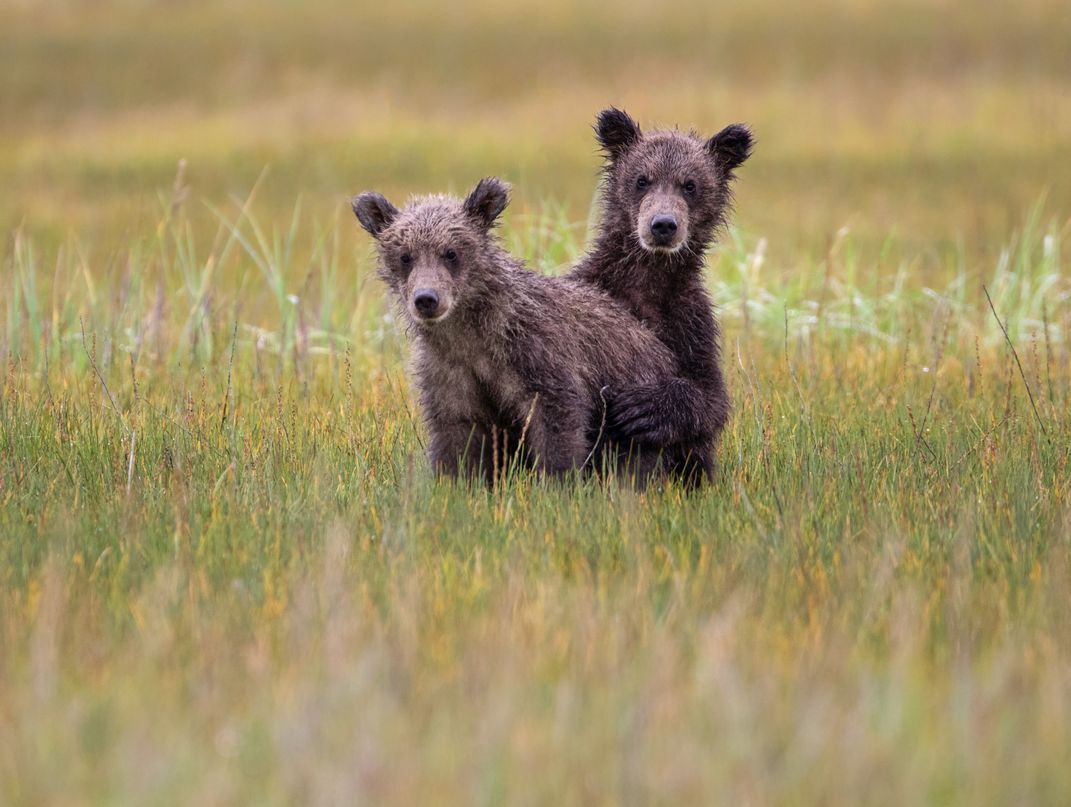 One morning while observing brown bears in Alaska, I got extremely lucky and found a mother and her three cubs feeding on sedge in an open meadow. I watched from a distance as the cubs were very playful that morning and were wrestling with each other non stop. Over the next 30 minutes, they slowly made their was closer to where we were watching and I stayed glued to the cubs, waiting for them to wrestle again. It didn't take long and two started to wrestle with one another, pausing in the middle to give this pose of "friendship". I couldn't believe what was happening and fired off as many shots as I could. As quickly as they gave this look, they were back at it and rolling around in the grass.