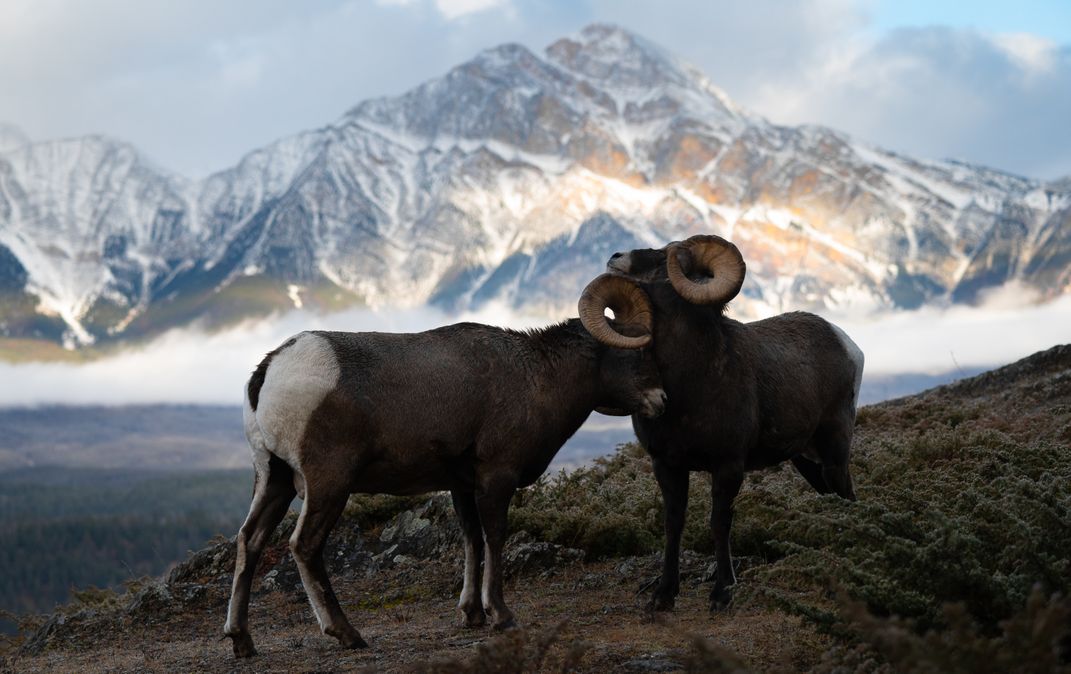 Early on a cold October morning in Jasper National Park I hiked up high to a location where I had seen several bighorn sheep the day before. October is the beginning of the Bighorn sheep rut and I was hoping to see some action as the rams exert their dominance over each other for the right to mate with the ewes. It was an overcast morning, but there were some breaks in the clouds. I soon found several full-curl bighorn rams and positioned myself some distance away so I could capture the rams and also some of the mountains in the background. The sheep were mostly resting and eating, but after over an hour of waiting two rams walked up to each other and started lightly jostling with each other. It almost looked more of a form of affection than the head-butting you get later on in the rut. One ram nestled his head against the neck of the other, just as a beam of light hit the mountain in the background. The whole scene was incredibly majestic, these impressive animals high in the snow-covered mountains.