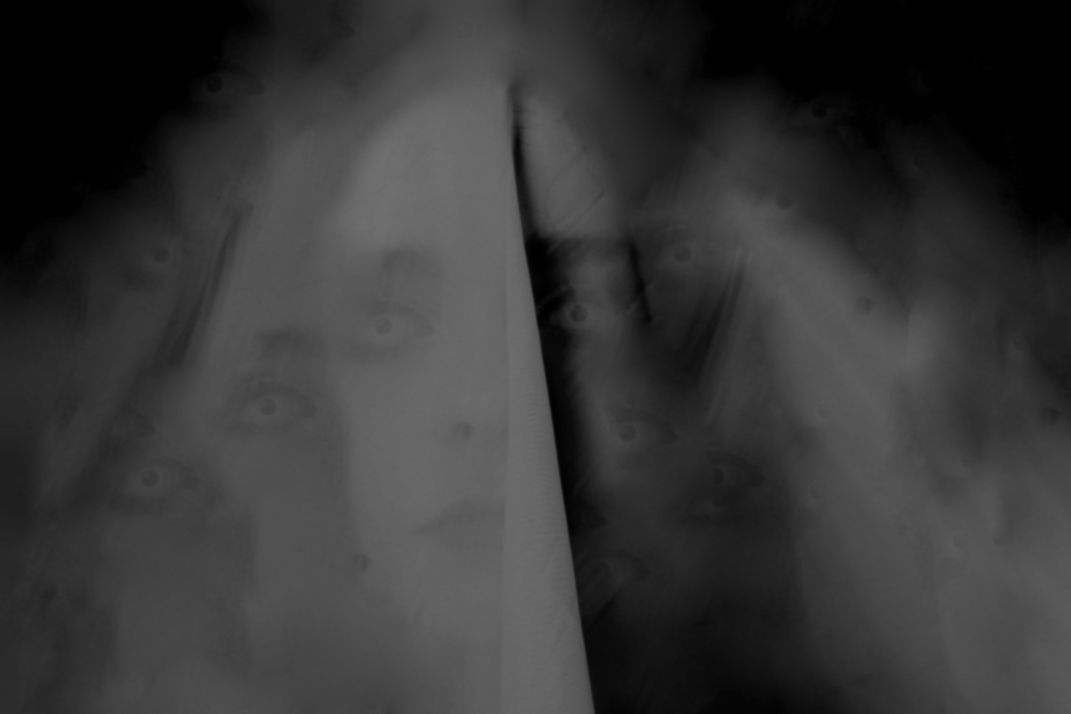 'No Exit' The human is also the creature, they both struggle with identity and are trapped in a duel existence where the genuinity of human intellect is questioned, who is he conformer? who is the other?. For many centuries humans have altered their behaviour according to what they are being told via conscious controlling agents that seek to control and manipulate, these power structures have a strong impact upon human intellect and through my visual enquiry i am discussing how easily human intellect has conformed via the platform of audio visual media within the twenty first century. People are easily persuaded to become what they believe to be 'A happier version of themselves' and are easily persuaded by governments, politics and religion, my image is attempting to convey a sense of simulacrum, otherness, conformity and censorship. The photograph asks the viewer to consider these subjects and how they affect human intellect as we know it.