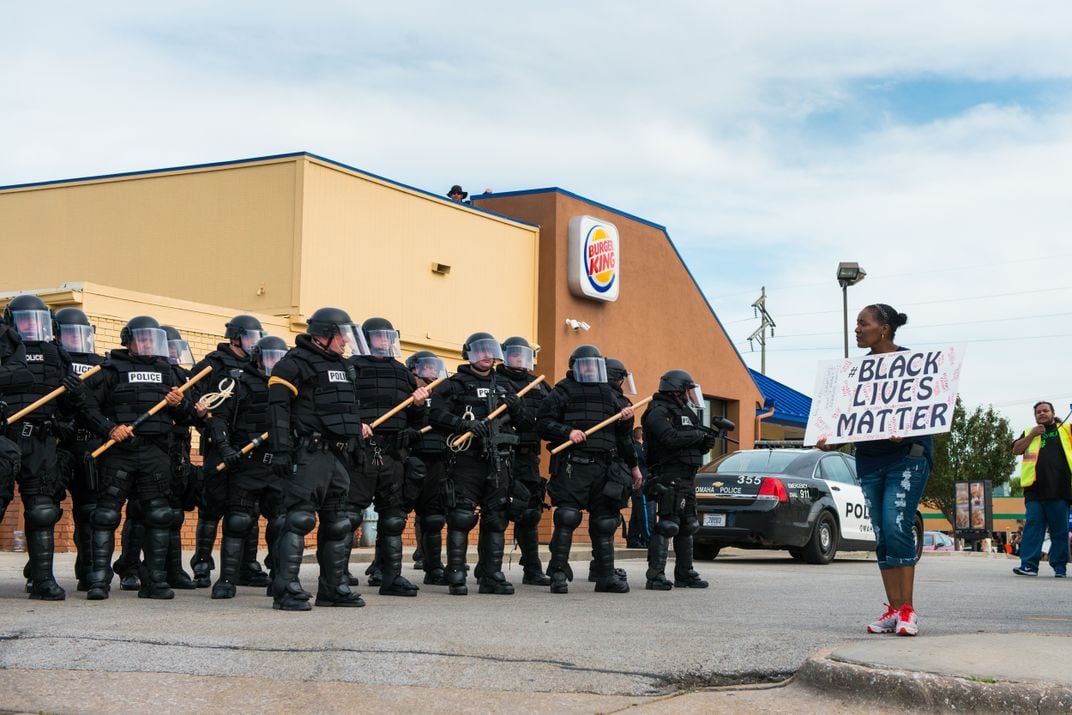 On July 8th, 2016 Black Lives Matter activists organized a protest in Omaha, Nebraska. The events followed the two recent deaths of Philando Castile and Alton Sterling at the hands of police. The event concluded with no arrests or violence. This image captures a brief period where riot police stood in formation in the parking lot of a Burger King following a short period where the crowd took the nearby intersection. The presence of the riot police offered a stark discrepancy between the riot the police were prepared for, and the peaceful protest that was occurring.