Home Drone/Aerial Blizzard On The Moon 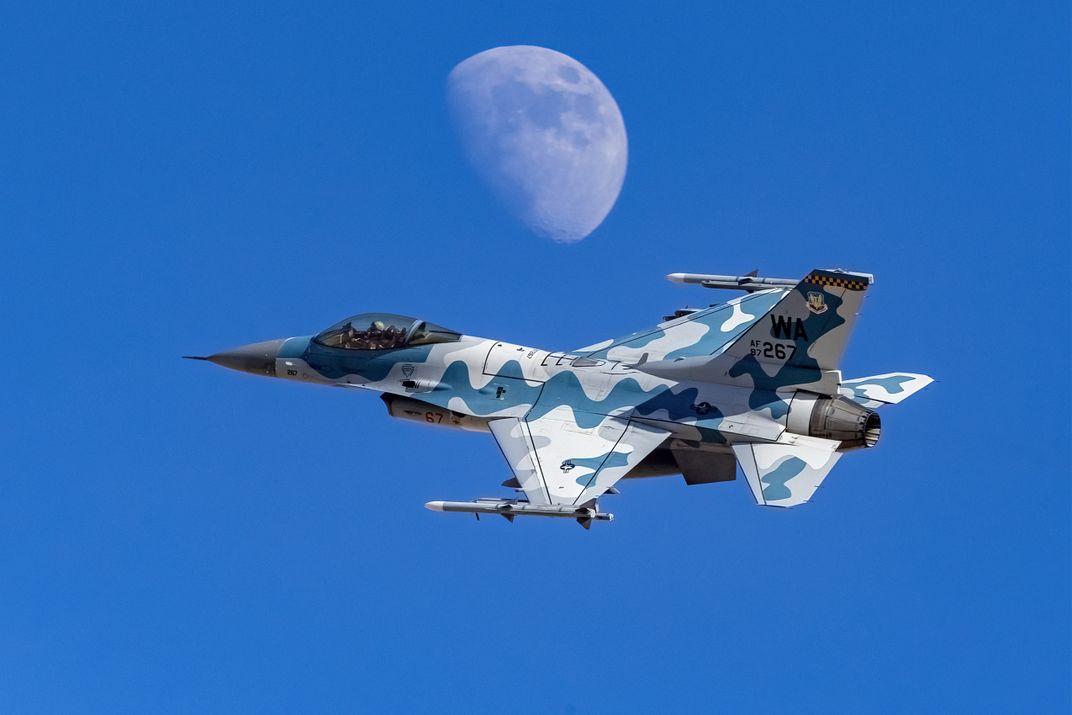 The aircraft pictured is known as "Blizzard" F-16 #87267 assigned to the 64th. Aggressor Squadron, Nellis AFB. During Red Flag 22-1 we had moon rise starting at 12:45 in the afternoon. The pilot flying Blizzard tried to avoid the photographs at the end of the departure pattern by flying fither North before flexing West. From my position when he did this, he flew right in frount of the rising moon for me. Initially I was upset thinking I had missed a good image because of the deep departure. When I downloaded the images from my D6 at the end of the day there it was, pure gold.