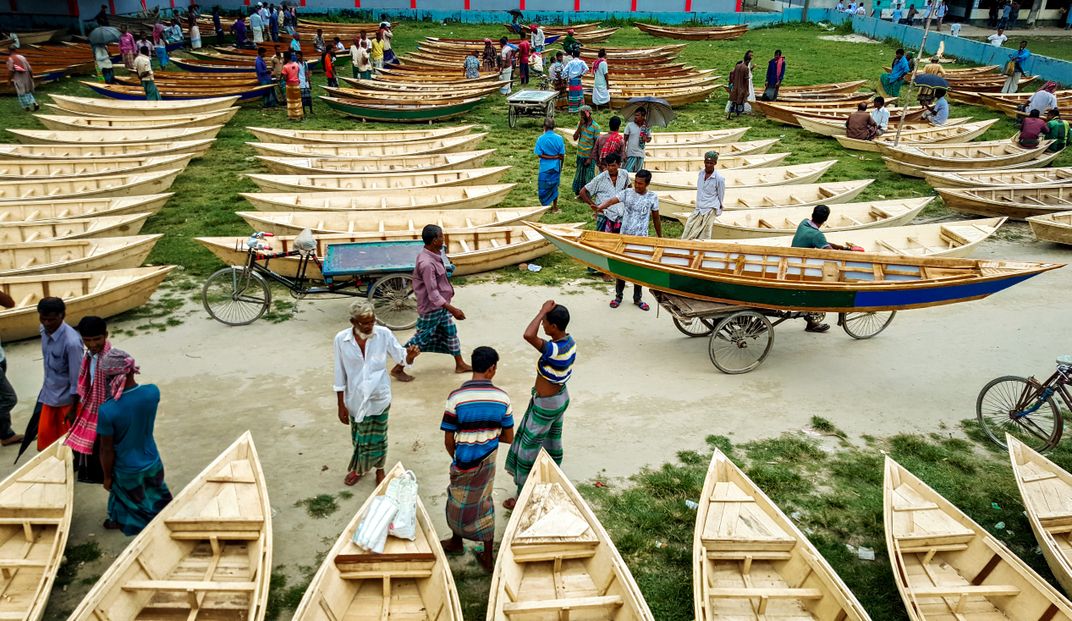 A half-century old local market of dinghy (small boat) in Manikganj has garnered popularity for the quality of boats sold there, with buyers coming from across the country. Hundreds of boats are sold at the market in Ghior upazila in Manikganj, locally known as ‘Ghior Dinghy Noukar Haat’, from the morning till dusk. Located at the central Eidgah ground beside the Ghior Government College in the upazila, the market sits in every week on Wednesday. Apart from Manikganj district, buyers from different areas including Tangail, Sirajganj and Dhaka come to the market. Since the beginning of the monsoon, huge number of boats were sold in the market. Due to the flow of Padma-Jamuna, Dhaleshwari, Ichhamati and Kaliganga rivers through Manikganj district, the water of the river easily enters into different areas while the downstream areas go under water during the tide. As a result, they have easy passage through boats. That is why before the rainy season, the craftsmen make boats.