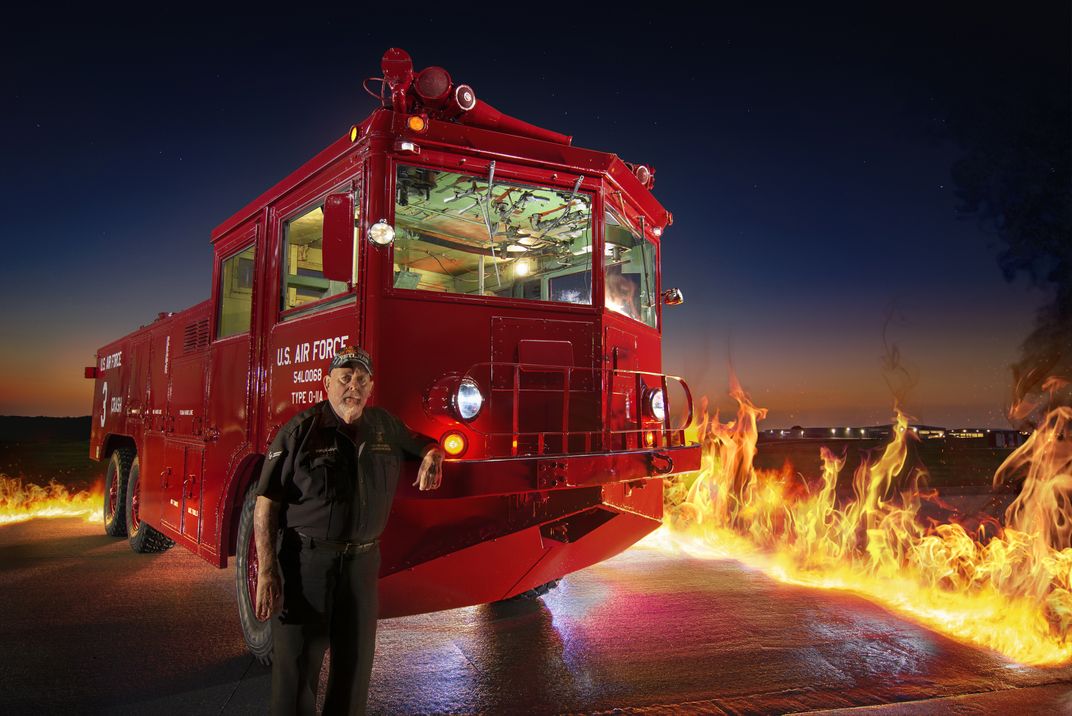 Meet Bob Adams, former USAF fire fighter, standing by Big Red, his 1954 American LaFrance 0-11A crash truck. The very truck he used to battle aircraft fires at Carswell Air Force Base in Fort Worth, Texas, during the 50's and 60's. Made famous by the 1955 Jimmy Stewart film 'Strategic Air Command', Carswell AFB had it's share of incredible bomber aircraft fires and crashes during the Cold War. Bob Adams had been there for all of them and has the scars to prove it.