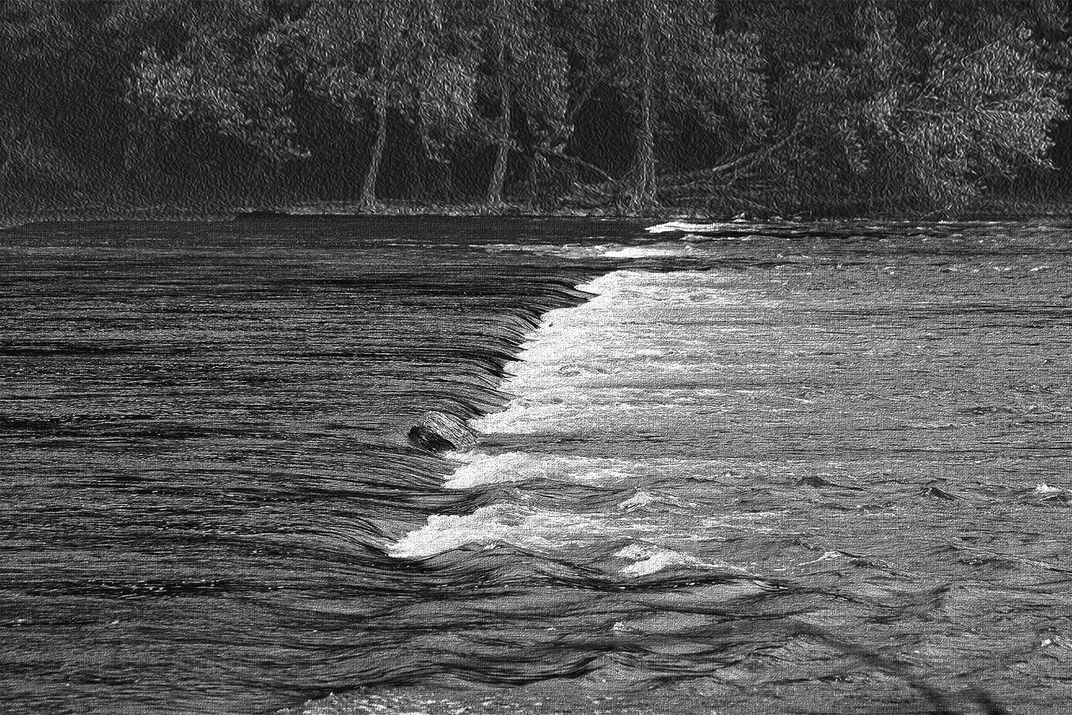 In 1826 Shepherdstown physician Henry Boteler and businessman George Reynolds partnered to build a water-powered grist mill called Potomac Mills. This image is a dam break looking from West Virginia to Maryland, where during the Civil War the 118th Pennsylvania soldiers in their first battle of the war at Shepherdstown, crossed the river from Maryland climbed the bluffs, ventured into the fields beyond them, and were routed by the Rebels, who later picked them off as they attempted to escape across here back to Maryland.