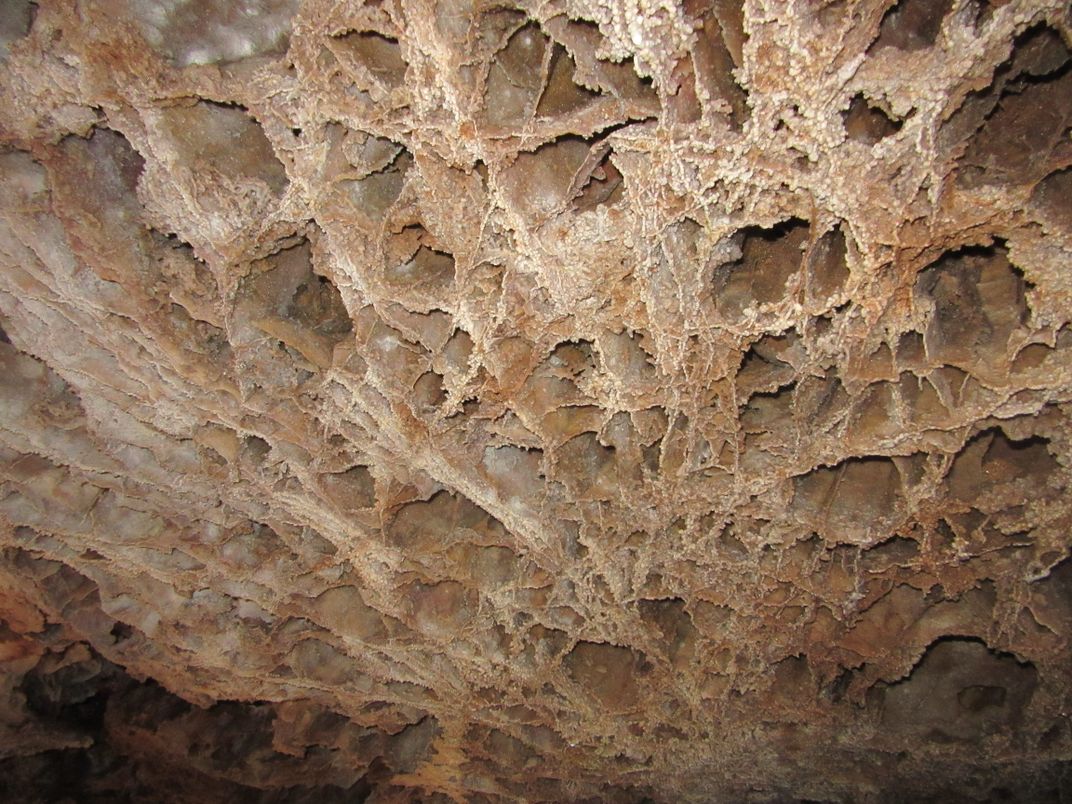 Boxwork formation pictured in Wind Cave National Park on cave tour. According to National Park Service, boxwork is found in small amounts in other caves, but perhaps in no other cave in the world is boxwork so well-formed and abundant as in Wind Cave. Boxwork is made of thin blades of calcite that project from cave walls and ceilings, forming a honeycomb pattern. The fins intersect one another at various angles, forming “boxes” on all cave surfaces. Boxwork is largely confined to dolomite layers in the middle and lower levels of Wind Cave.