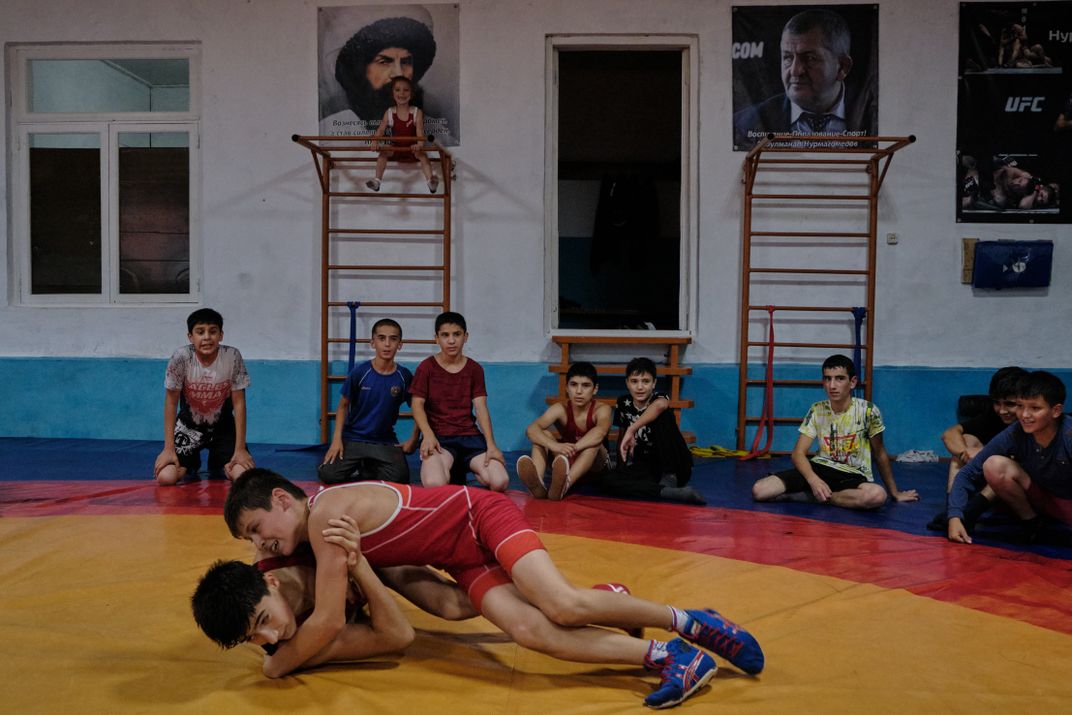 Coach's son Taqi ( red singlet with white stripes ) wrestles his teammate, while others split their attention between multiple fights in the end-of-practice contest, in the wrestling gym in Darvag, Republic of Dagestan, Russia. The gym's walls feature portraits of Abdulmanap Nurmagomedov, Khabib Nurmagomedov's father ( on the right ), and Imam Shamil, a political, military, and spiritual leader of Muslim Caucasian resistance to Imperial Russia in the 1800s. Darvag is a monoethnic village located in the southern part of Republic of Dagestan. Having around 3000 inhabitants, all of Azerbaijani ethnicity, it, like many other villages in Dagestan, has a wrestling club. Although not the largest among the neighbours, Darvag and its gym attracts not only locals, but children athletes from several other villages because of a strong coach and civil enthusiast Kavkaz Madayev. Their attendance varies from approximately once a month — in order to fight and get acquainted with a range of competitors — to several times a week, as their standard training.