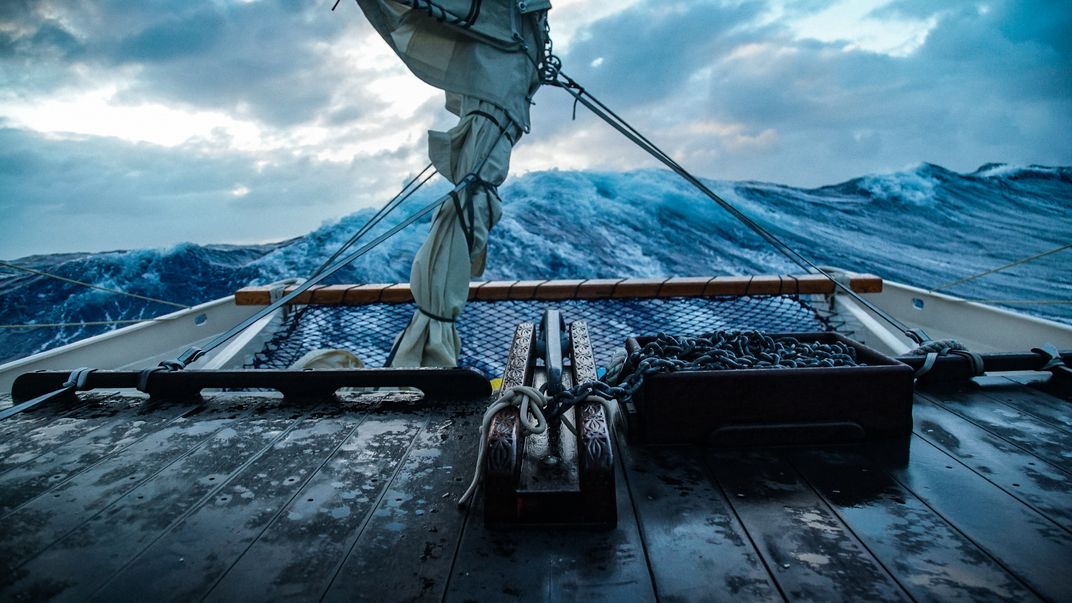 The 12 person crew of a traditionally-based, Polynesian sailboat brave 15 foot swells en route to Enewetak, Marshall Islands. Once the home to skilled seafarers who sailed on canoes like this, Enewetak is now remembered as a site of US nuclear testing during the Cold War era. We traveled aboard this canoe to bring cultural awareness back to the nuclear legacy victims of Enewetak, some of which had never sailed on a traditional canoe despite their rich heritage.